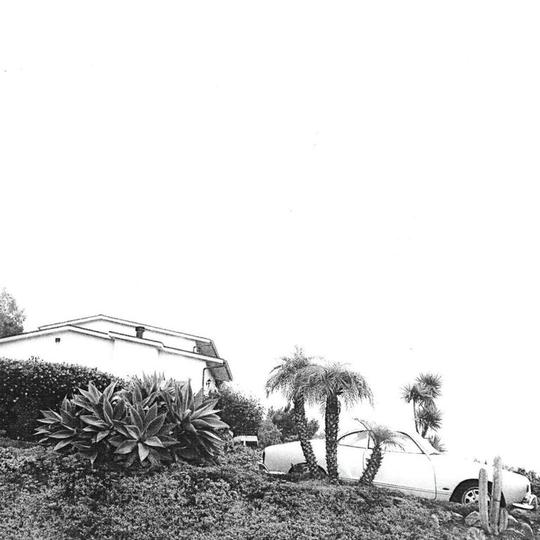 When it gets to Timber Timbre's music, 'cinematic' is the word you are looking for. Hot Dreams arrives after four captivating (and relatively unappreciated) records, which saw the band transition from a predominantly folk mysticism to a concoction of folk, blues, Fifties Americana and not one, but many 'cinematic' atmospheres. No one would ever doubt that Timber Timbre are experts in making their albums sound like scores. You can hear the influence of westerns, spy movies and, especially behind all those unexpected cacophonies off their ambitious, Polaris-nominated last album Creep On Creepin' On, a taste for horror. Bringing it all together, Timbre Timbre tread carefully between the ominous and the seductive sides of suspense.

“All I need is some sunshine”, frontman Taylor Kirk sang in the doo-wopy 'Black Water', off Creep On Creepin' On. Hot Dreams, overall a warmer and friendlier journey then its predecessors, was influenced by California and the time Kirk spent in Laurel Canyon. Co-composed and arranged with long time collaborator Simon Trottier, the album sees Colin Stetson return on the saxophone and Mika Posen on string arrangements. The negotiation of light and obscurity is still ongoing.

The stunning opening track 'Beat The Drum Slowly' is a perfect example of this back and forth. While a feeble flute lazily escalates, no matter how gently Kirk croons and strums his guitar, you can sense that there's danger lurking underneath. He's not your typical songwriter: you wouldn't trust him with your heart as you would with, say, Howe Gelb. “The camera's rolling/We beat the drums slowly”, he moans. The drums make the least boisterous entrance possible and the song ends up stumbling upon its tempos. Everything turns menacing and very Ennio Morricone. Here and in Curtains!, an unexpectedly bulky rock tune for Timber Timbre, there's a vague resemblance with some of Portishead's noir-influenced material.

Where is all that Californian light then? The woozy title-track is the sensuous zenith of the record, a mellow, saxophone led soundtrack for steamy scenes. “I wanna follow through, follow through, on all my promises and threats to you, babe”, sings Kirk staying true to his ambiguous agenda. 'Grand Canyon' is an immense piece of dusty Americana where Timber Timbre take their obsession with space to rather unexplored territory. Accompanied by a quiet rattling beat and a bluesy guitar, Kirk's echoing voice sounds particularly vulnerable and emotional, until sudden synthetic squeaks announce a brief, explosive jazz section.

Unfortunately a few songs on the album show less rigor and composure than you would expect from a band so fluent in extremes and 'high tension'. There is nothing to object to songs like 'Bring Me Simple Men', 'This Low Commotion 'and 'The New Tomorrow', but with all their warmth and undulating grace sometimes the risk is to feel sedated rather than absorbed. That's why the bare-boned piano of 'Run For Me' stands out so clearly: it creates a void around Kirk's brooding style, before bursting into a Roy Orbison-esque bolero of epic proportions which once again, you wouldn't be able to predict.

That is 'cinematic', but it fills up the scene, rather than staying in the background. With Hot Dreams Timber Timbre have continued to perfect their sound and aesthetic: no matter what influences or styles they are drawing upon, they are still at their most powerful when they're sending mixed messages. Why ask for clarity?