Where Dull Care is Forgotten 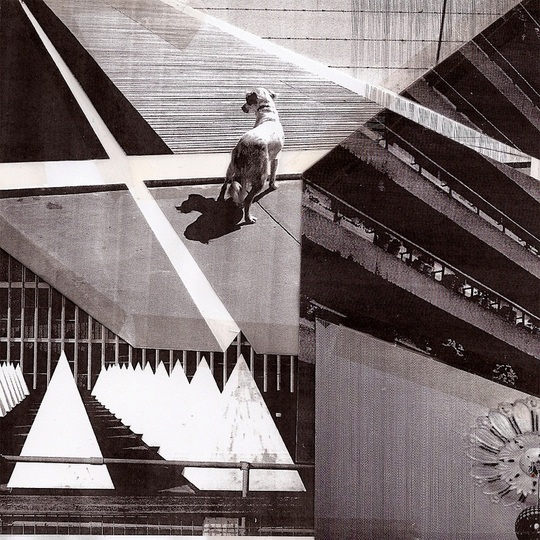 Repetition, claustrophobia, iciness and antagonism are not words often bandied around in a positive sense. They are by products of dread, monotony and fear, connoting a disturbed malaise that most right-minded people would avoid like the plague. Try telling this to Tense Men, whose name alone conjures a certain uncomfortableness. Predictably, but by no means negatively, their music does the same.

A post-punk supergroup, of sorts, the band contains members of Sauna Youth, Cold Pumas and Omi Palone. They are reminiscent of each whilst sounding directly like none, and any of the bloated connotations of the supergroup tag are quickly dispelled by the hypnotic, direct nature of the songs. Where Dull Care Is Forgotten is a work that is neither dull nor forgettable: menacing, itchy and intoxicating, the band are aloof and detached, but never once disengaging.

Taking its cues from No Wave and early goth, the instrumentation is minimal: a solid, simplistic rhythm section and Bernard Sumner-School Of No-Pitch Bends guitar work providing music of advance and retreat, slowing building into crescendo before falling back. It is almost sickeningly repetitive: you are never sure when a track will end, and when it does you are thrown into the next obnoxiously nonchalant groove. It's just a few notes played over and over. It's fucking brilliant.

'Stages Of Boredom' starts the record as it means to continue: a chanting, almost ritualistic vocal performance amidst a hypnotic barrage of stripped-back two note guitar solos and one-riff bass line. The next, 'RNRFON' continues in this vein: it could even be a different section of the same track. It doesn't matter- by this point the band's ethos of intrusive, purposeful simplicity is laid bare.

The most challenging of the tracks is 'Lie Heavy (Desperate Times)', the melody of which is so purposefully shit that it's almost laughable. Numerous listens see to this, the track quickly transcends its constituent parts to become a worrying masterclass in anti-music.

Despite only clocking in at 23 minutes, this mini album feels a lot longer. To finish listening to it in its entirety is to awake from a nightmarish haze, one that doesn't lessen with time. How something can have that effect whilst still being enjoyable is beyond me- but it does. Aggressively indifferent and unfriendly, this is not an easy listen- but it's an incredibly compelling one.