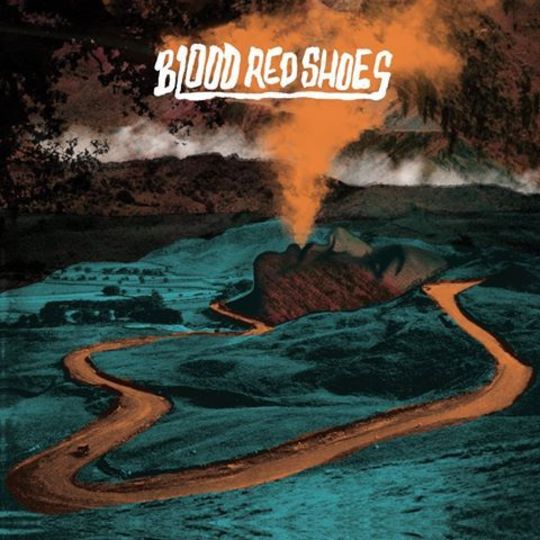 In the years they've spent simmering away under the mainstream, Blood Red Shoes have remained true to the label-wary, independent approach to music making. They probably haven't made much money, but they have become a consistent, reliable and underrated act. Four records on from their bratty, breathless debut Box Of Secrets they have retained their attitude and ethos but have matured their sound.

Because, whether you like them or not, Blood Red Shoes have played it all rather well. Never gaining more of an ego than they already had in the first place, they're an act whose lack of mainstream success is largely attributable to their disdain for record labels and others who may damage their vision. Their self titled fourth LP continues in this vein: it is independent without being 'indie', recorded by the band in Kreutzberg 'with no producer, no engineer, no A&R people' and, above all, 'no one to answer to'. And I think it is from this that we can attribute the record's confidence.

The ferocious opening trio of 'Welcome Home', 'Everything All At Once' and 'An Animal' unleashes the grungy, desert-rock stomp of Blood Red Shoes in exhilarating style. When the first vocals kick in, the record's message becomes apparent: "I'm not asking permission to live anymore/ I'm not waiting for a future that will never come ". It may be musically akin to QOTSA, mid-career Arctic Monkeys and any Jack White side-project ever yelped through, but the potent concoction of razor-sharp riffage and the band's trademark joint vocals quickly dispel any accusations of being overly derivative. The record continues without much let-up in pace throughout, the abrupt finale of 'Tightwire' leaving you wondering where the time went.

'Far Away' provides a sombre, reflective break somewhat uncharacteristic of the rest of the record, nonetheless retaining a heavy, fuzzy guitar in the chorus. This is perhaps a track that hearkens back to earlier material, the lyrics steeped in regret and angst, the song angled more towards alt-rock than the blues-scale-heavy work of the others seen here. It makes for a welcome respite, but does nothing to detract from the overall feel of the record. The only track that lags behind the rest in terms of quality is 'Don't Get Caught', which feels somewhat gratuitous and 'done' within its context. Nonetheless, it stands alone reasonably well; its loud- quiet-loud dynamics and vocal harmonies strong and resilient.

The duo's decision to take matters wholly into their own hands with this record has paid off: Blood Red Shoes is the sound of a band who are completely at home with one another and their music. Carrying almost nothing in the way of flab, Blood Red Shoes is the band standing entirely on their own four feet - a rare occurrence in modern music. They've not reinvented the musical wheel, but their strength as a unit, and as musicians, cannot be doubted.