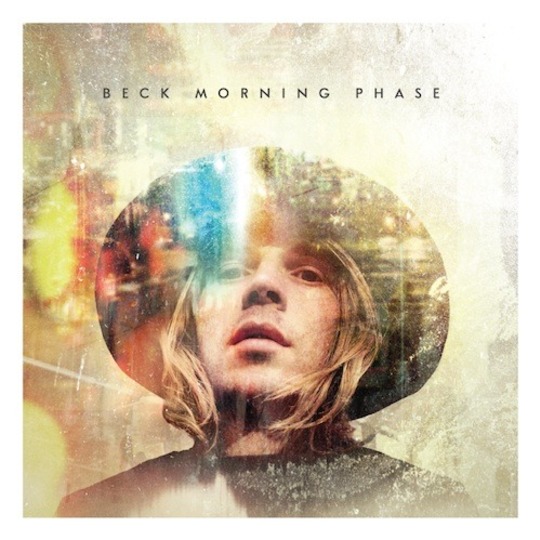 For someone who’s been pretty prolific throughout his career, the six-year gap between 2008’s Modern Guilt and latest LP Morning Phase is a significant one for Beck. It’s not that he’s been completely quiet in the interim – there’s been a clutch of one-off singles, writing and producing for other musicians, covering classic albums and even a set of songs only set down as sheet music, but no full album of work has seen the light in all that time. And now, here’s Morning Phase, which even its author is keen to paint as a sort-of sequel to 2002’s Sea Change, probably the most highly regarded ‘serious’ album in Beck’s career.

What that association initially seems to suggest, from its similar cover to the same group of musicians that worked on both records, is that after a few years of rustlin’ around, dipping his toes into a few puddles, Beck has returned to where he’s comfortable. And that’s true to some extent. However, there’s also some fresher nuances within the folds of Morning Phase which suggest that it's more than simply a retread of familiar terrain.

Where this record is most similar to Sea Change is its pace: everything moving glacially along throughout, with only the relatively brisk clip of ‘Heart is a Drum’ and the shuffle of lead-off single ‘Blue Moon’ offering a change in outlook. This near complete disregard for up-tempo works though, and reaches its peak on ‘Wave’, the heart of this particular record, and also the best indicator of how it differs from its spiritual cousin.

Comprised entirely of deeply melancholic strings and Beck’s heavily echoed voice, on initial listens ‘Wave’ can seem like a real trip into dark territory – it ends with him simply repeating the word “isolation”, definitely less of a boisterous call to arms and more of a mournful lament. On Sea Change that’s exactly what it would’ve been too – the album was created off the back of a significant break up.

Here on Morning Phase though, it seems there’s something more reflective going on, something older, wiser and a bit more philosophical. ‘Blue Moon’ might open with “I’m so tired of being alone”, but elsewhere Beck states “Your heart is a drum, keeping time with everyone”. The gently cascading chords of opener ‘Morning’ strongly recall the serene bliss of George Harrison’s ‘All Things Must Pass’, and the whole of Morning Phase carries that happily resigned mood that the former-Beatle often returned to.

The strings that weigh down ‘Wave’ perform the opposite on ‘Blackbird Chain’, adding a sprightly feel to what is probably the most obviously sunny moment on the record, an almost Belle & Sebastian-esque jangle that finds Beck confessing that he’ll “never ever ever refuse you”. The rest of Morning Phase continues down this brighter path, ‘Turn Away’ channeling Paul Simon at his folkiest, while ‘Country Down’ is, well, country, all pedal steel and harmonica solos. If Neil Young put it out as a lost track from Harvest Moon, no one would blink an eye.

By its close, the sun has definitely come up on Morning Phase, and any suggestion that it’s simply a retread of Sea Change’s ruminations can be firmly put to bed. It might share some sonic similarities, but it's an altogether brighter beast, built by an older, wiser soul who seems to have been taking a few years to work out exactly where he wants to be as an artist.