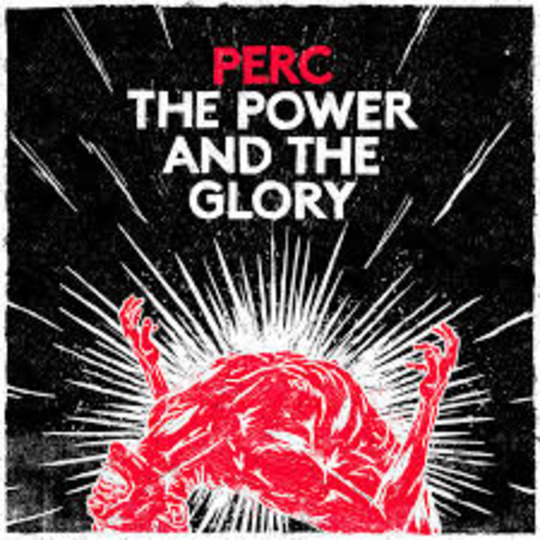 As is fairly common with techno producers, Ali Wells spent several years releasing 12-inch after 12-inch as Perc before deigning to drop an album. When he did, in the form of 2011’s Wicker & Steel, it opened his aesthetic up to a considerably wider audience, which is also fairly common with techno producers and their debut LPs. Listening back to the album now, and pondering developments and micro-trends in the genre over the last few years, none of this is enormously surprising: Perc tracks (likewise most other artists on the Londoner’s label, Perc Trax) are liable to be powered by dread industrial clank and panel-beating metallic disquiet. The movement of sorts which has grown around acts like Surgeon, Vatican Shadow and Cut Hands has plenty enough room for Perc under its umbrella.

Prior to Wicker & Steel, Wells released wax on labels including Adam Beyer’s Drumcode and Josh Wink’s Ovum, but the sort of bombastic big room slamming they’re renowned for dealing in isn’t really his bag at all. Techno purists undoubtedly make up a chunk of Perc’s customer base, but like its predecessor, The Power and the Glory isn’t a purist techno album. For one thing, it starts with a 40-second sample of Mike Patton being interviewed. While the dilettante-ish ex-Faith No More frontman maybe exists closer to Perc’s worldview than Louise Wener from Sleeper, whose dulcet tones were sampled at the start of Wicker..., it’s not obvious what we’re supposed to infer from Patton’s musings. “A lot of the best things happen like that – starting off either as a joke or something really horrible,” he tells the interviewer, shortly before ‘Rotting Sound’ (the opening track in question) explodes in gruesome slo-mo. Vicious bass drums are backmasked, synths clash against each other like a control room being hit by an earthquake and Dan Chandler, until recently the vocalist in unruly noise-rock band Dethscalator, bawls wordlessly all the while. You sense the rave posse impatiently tapping their feet.

Chandler is hauled back in for one more performance near The Power...’s end: ‘Take Your Body Off’, EBM-tastic title notwithstanding, is a gloriously direct warehouse assault. This time, the vocals are chopped up, FX-riddled and made to work with the rhythm, rather than doing everything possible to deny it. It’s still weird as heck by the standards of 95 per cent of modern techno, but is also more of an unabashed banger than anything on the previous Perc album. (It’s strongly rivalled here, however, by ‘Dumpster’, a diamond-sharp edifice of hardware which sounds like a icily loving homage to Waveform Transmissions... era Jeff Mills.) There’s another guest vocalist of note in the shape of Factory Floor’s Nik Colk Void, who is a quietly effective if somewhat elusive presence on ‘Speek’. About as low-key as the album gets, often pared down to a stabbing, fuzz-edged 909, anyone checking in with the hope of Void contributing to some Factory Floor-style rave-rock anthemia might be a shade disappointed.

For the most part, you don’t get the impression that Wells is trying too hard to please any particular audience. His sound design and rhythms are frequently obtuse, cubist in the way that the parts don’t quite turn up where you expect them to. There’s little to no IDM in Perc’s DNA, but the reasonably-titled ‘Lurch’ isn’t a hundred miles from what Autechre were doing in the first half of the Nineties, as well as venerable abstract bods like Cristian Vogel and Fumiya Tanaka. ‘David & George’ supposedly has a political undertone (as in, Cameron and Osborne); armed with this knowledge, we can guess that the combination of a brainworm pingponging synth and looped-to-insanity villainous cartoon snickering is intended to angry up the blood. Probably not a soundtrack for the uprising, granted, but no-one’s expecting Perc to go full RATM, or even The Prodigy.

Seeing us home with closing cut, the chiming, near-ambient chords of ‘The Living End’ (dude’s titles can get a bit cornily literal – as well as ‘Lurch’, there’s ‘Galloper’, which follows it, at quite a gallop), the second Perc album feels like an artistic success for Ali Wells. There’s no real overarching narrative(s), and it’s harder to make a coherent case for this evoking a Britain of economic black holes, concrete-grey depression and mutiny in the making, as was claimed for Wicker & Steel and follow-up EP A New Brutality. The man behind those sounds was never too keen to emphasise that anyway, mind. We’re left with 50 minutes of often punishing, often superlative techno that happens to be fairly on-trend at the moment, but never sounds like it cares too much about that.