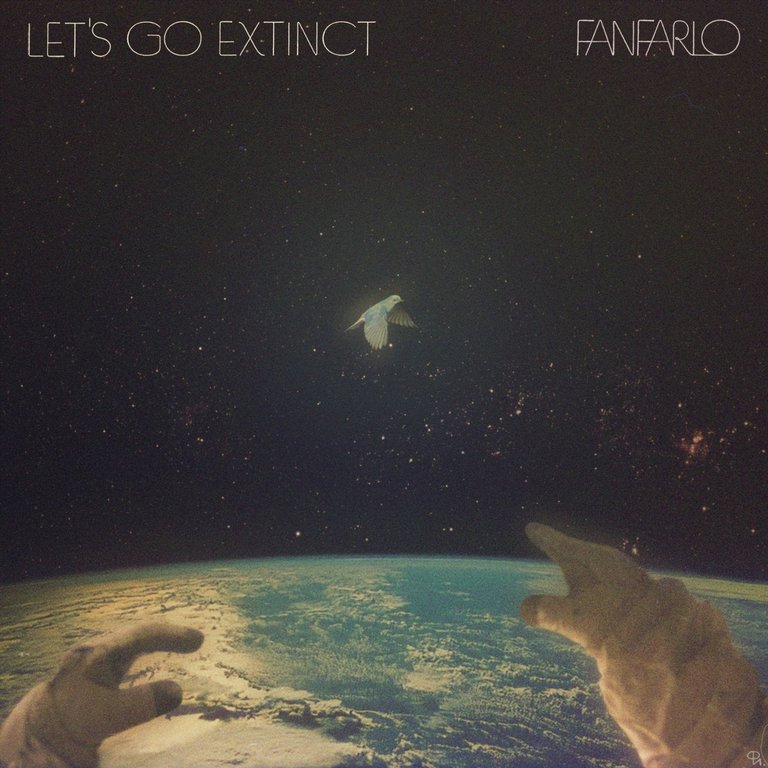 The return to warmer songwriting pastures enables a flirtation with the more playful side of pop.»

Fanfarlo's third album, 'Let's Go Extinct', could be seen as a concept album about human evolution and possible futures, if it weren't more entertaining and beautiful than that could ever imply. Yes, it does grapple with the big questions, but always with a glint in its eye, a sense that nothing could ever be weirder than the truth, and a stirring chorus just about to break. In its way, 'Let's Go Extinct' is the true successor to the band's much-feted debut, 'Reservoir'. Having cast off the colder, more synthetic feel of their second record, 'Rooms Filled With Light', 'Let's Go Extinct' is the sound of the band cutting lose from all expectation, and just letting whatever's going to come, come. In doing so, they may just have made the record of their lives. 'Let's Go Extinct' was recorded by the band and David Wrench at Bryn Derwyn, described by the band as an eccentric studio at a tucked away village next to a slate quarry in North Wales. description from www.roughtrade.com