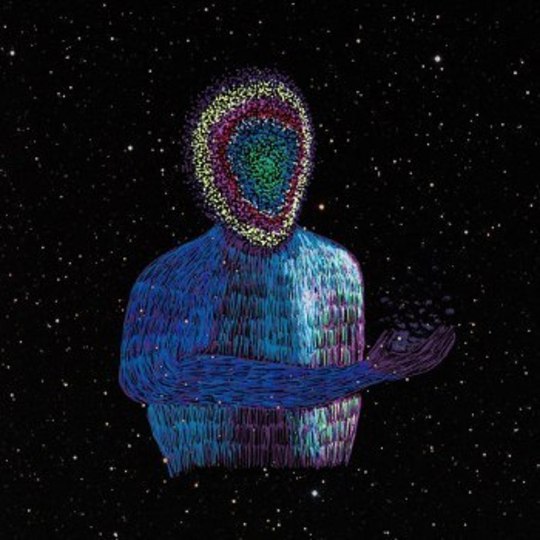 Nobody could accuse Daniel O’Sullivan of having a boring career. He’s moonlighted with Sunn O))), infiltrated the Ulver wolf pack and been an integral part of a staggering number of releases from projects including Æthenor, Guapo and Miracle, all while being in his early thirties. Mothlite is ostensibly O’Sullivan’s solo project and, as such, it is unsurprising to see it incorporate musical elements from across his vast back catalogue, which perhaps reached something of a peak last year with the exceptionally well received art rock of Grumbling Fur’s Glynnaestra.

O’Sullivan’s new EP, Máthair, takes the electronic-tinged approach of 2012’s Dark Age into a slightly new sphere. Where that album put O’Sullivan’s poppier songwriting sensibilities front and centre, Máthair is more abstract, reflecting, one suspects, both the immensely diverse interests and abilities of its creator and the influence of performing intermittent Mothlite live shows over the last 18 months or so.

The opening track, ‘Dawn Lake’, displays the most continuity from Dark Age, with O’Sullivan’s vocals being as integral to the track as its loose rhythms and space age sonics. The way the track unfurls gracefully over its run time is what makes the track truly impressive, demonstrating an extremely deft compositional touch as well as a fine ear for interesting sounds and production subtleties. It’s slightly reminiscent overall of a twenty-first century Popol Vuh, with electronics having superseded guitar in shrouding the delicacy of sumptuous keys.

‘Mother Spider’, by contrast, is a far more abrasive, and perhaps slightly less successful, piece than its predecessor. If ‘Dawn Lake’ may remind listeners of Ulver’s latter career downtempo organicism then ‘Mother Spider’ is the edgy prog restlessness of Guapo or Miasma and the Carousel of Headless Horses mutated into jittering glitch. It’s a track that never lets you settle, setting a theme that continues with ‘The Tree with Red Fruit’, which uses hazy vintage analogue washes and an array of samples to, in true Boards of Canada style, render the listener surprisingly comfortable in uneasy sonic surroundings.

The lengthier ‘Hintergedanke’, which is the last of the new material present here, proves to be an amalgamation of all Máthair’s stylistic tropes to date, ending up being both one of the most interesting and most beautiful pieces yet produced under the Mothlite name. Nimbly crossing stylistic divides is becoming O’Sullivan’s calling card, and ‘Hintergedanke’ is one of the best demonstrations yet of his ability to successfully meld elements of darkness and light, and old and new, into seamlessly flowing pieces of music.

The final offering on Máthair is an inessential remix of Dark Age’s ‘Seeing in the Dark’ by O’Sullivan and collaborator Alexander Tucker under their Grumbling Fur guise. Lacking the original’s dramatic flair, it makes for a slightly disappointing end to the EP. Nevertheless, Máthair provides a pleasing addition to the Mothlite catalogue, and hopefully features ideas ripe for further exploration on a new full-length record.