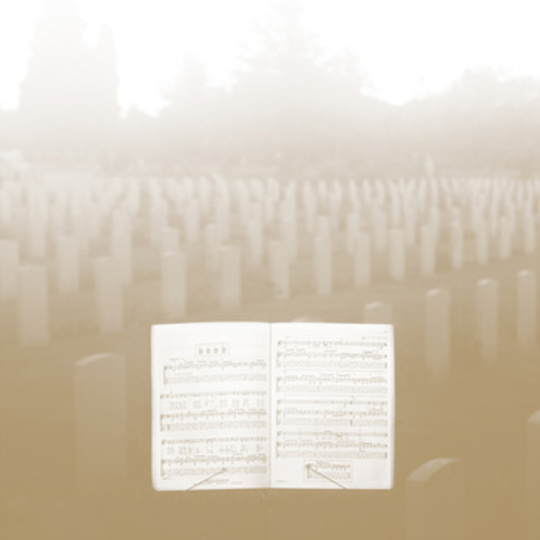 Thirty-five years on, post-punk continues to cast its long, sombre shadow on contemporary music like a disused factory over a romanticised Northern England. A decade ago, those involved were generally lumped into the 'post-punk revival', despite the bands inhabitant to this scene rarely having much to with the bleak intellectualism and and innovative nature of the genre's first wave. In more recent years, for better or for worse, there is a trend for more authenticity, with ferocious records last year such as Silence Yourself and Girls Like Us receiving relatively mainstream attention and acclaim. On their second album, Mode Moderne continue in this vein, losing the ferocity but keeping the disquiet.

In fact, by comparison to other post-punk acts of recent years, Mode Moderne are reasonably unique - the only bands that they can be legitimately compared to being Wild Nothing and Interpol. But that's of recent years: there is a SHIT-LOAD of the post-punk/dreampop/goth bands of yore that can be heard in the Vancouver band's sombre, dry songcraft: Joy Division, The Cure, Bauhaus, The Smiths, New Order, Gary Newman - you name them, Mode Moderne have used them to create Occult Delight's hazy black and white collage.

But this isn't a bad thing - it is rare that you find a band that is truly an original, and bands from the British Invasion onwards have mined and plumbed others' music for their own ends. The only thing that really matters is if the results are enjoyable - on Occult Delight, they very much are.

Certainly the jangle of the guitar, the deep, brooding timbre of the vocals and the witticisms of the lyrics take their cues from bands long passed, but the combination is as alluring now as it was then: “Does he like me? Oh Well. /Does she like me? I can't tell any more” moans vocalist Philip Intile on 'Come Sunrise', amidst delicate keys, fluttering drums and a thin, surf-y guitar line. You rarely get angst like this anymore: to witness its return is to be recipient to a warm feeling which I imagine contrasts the intent. Similarly, album closer 'Running Scared's slow, delicate build and sinking-cruise-liner strings are particularly effective: bolstering the lyrics' grey nature with a quite brilliant feel for dynamics.

Although there are various vaguely uplifting aspects to this record, the songs' content is rarely the reason - instead it's the songs themselves. Each track is well structured and well-executed; never staying for longer than it should do or even doing anything on the whole that it shouldn't. Whilst showcasing the bands' clear talents, this can often make for a somewhat safe listen- enjoyable, certainly, but lacking in the unexpected rushes and bursts of interest that are what makes post-punk such an enduring genre. Nonetheless, this is a testament to the enduring, eternal nature of human angst. As long as we have that, Mode Moderne are both welcome and necessary.

Pain is on Our Side Now