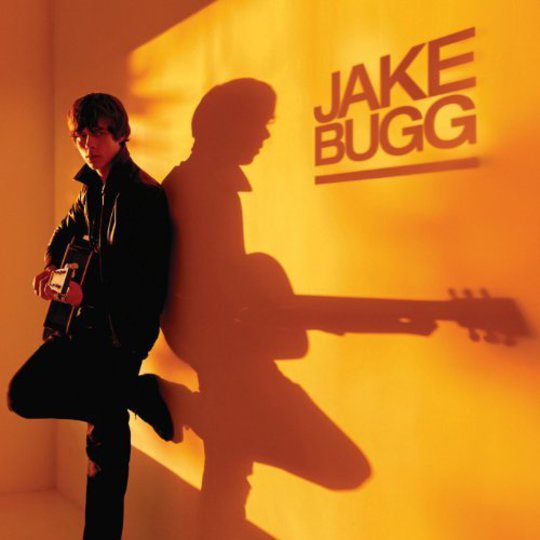 In every ejaculation there are 600 million sperm, two thirds of which could have ended up being Jake Bugg. That’s 400,000,000 decent singing voices. 400,000,000 knacks with melody. 400,000,000 Shangri Las. Each one could have done it. One of those sperm had to make it to the ovum against astronomical odds, survive childbirth and childhood, learn the guitar and live long enough to have something to sing about. One of those sperm needed to have those songs heard by the right person at the right time, about 200 times in a row to get to this point - A&R, management, radio pluggers, live agents, journalists, bloggers, audiences and on and on and on. The stars had to align just right, the sperm had to be swimming the right way, and the wind blowing in the right direction, and if just one, just one of those million billion variables had been different this album would sound exactly the same.

It’s not that Jake Bugg is bad - he’s talented, clearly, he has a great singing voice and a proper knack with melody. It’s not that Shangri La is bad, as such - there’s some good, solid writing here, and some moments of real soul. The quandary is why either is in front of us now rather than any of the other tens of thousands of decent acts who could have achieved it equally well. Student bedrooms and after-school music clubs across the country are awash with acts as good as Jake Bugg is, who given the proper money, songwriting assistance and sodding Rick Rubin producing could have created this exact piece of art. Miles Kane manages it every couple of years. The odds against humanity evolving to the point where we can all enjoy a Jake Bugg album are incalculable, so why must we be faced with something so formulaic that 70 per cent of the world's population could substitute its star with no drop in quality?

On Shangri La Jake has shrugged off some of the more tedious tropes of his debut - there’s no fake vinyl crackle, or affected vocal trying to convince us we’re listening to something recorded at Sun Studios in 1964, but that aside, few lessons have been learned. Every song still feels like either ‘I’ve Been Everywhere’ (‘Slumville Sunrise’, ‘Me and You’) or a kind of faded photocopy of late-period, post-Oasis Britpop with its obsession with 'proper' songwriting, itself a poorer photocopy of the 'proper' writing of Ray Davies, Paul McCartney and Steve Marriott.

Some of that proper songwriting is actually rather good: ‘Messed Up Kids’ is a clear highlight, with the tumbling lyrics and sparkling guitar reminiscent of Johnny Marr’s work with the Cribs or his recent solo album, while its neighbour, ‘A Song About Love,’ soars into a dizzying chorus of such real soul it very, very nearly justifies Bugg as a distinct personality rather than another cog in the machine of the record. It doesn’t and can’t last though, not when faced with the plodding everyman indie of ‘Kingpin’, or the unforgivably trite ‘Kitchen Table’. It’s the kind of stuff the La’s’ Lee Mavers would dash off in an afternoon: Adequate, perfunctory, fine. Honestly, who wants that? A solidly built celebration of interchangeable ordinariness.