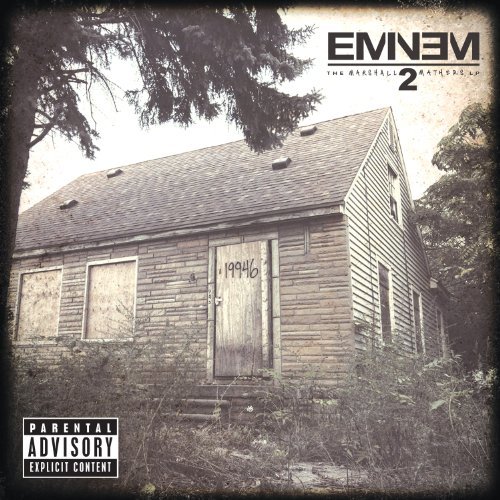 This is Eminem’s best record in a decade – and one of the most impressive, entertaining and addictive hip-hop albums of the year.»

'Marshall Mathers LP 2' is the eighth studio album by American hip hop recording artist Eminem. A continuation of Eminem's most acclaimed studio effort, 2000's 'The Marshall Mathers LP', production for the album took place from 2012 to 2013 and was handled by Eminem and Rick Rubin, Dr. Dre, No ID and Symbolyc One (S1). The album features guest appearances from singers Skylar Grey, Rihanna, and Fun. frontman Nate Ruess, with the only other rapper appearing on the album being Eminem's Aftermath label-mate Kendrick Lamar.
description from www.roughtrade.com