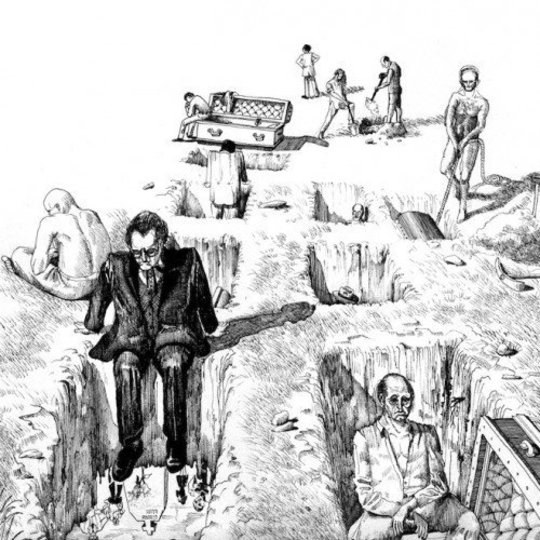 Chance of Rain, Laurel Halo's second album, comes from a very different space to that of her debut. Quarantine, released last year, belonged on a plane somewhere between the virtual and real, exploring the intersection between man and machine. Halo played with the shared terminology of computer science and epidemiology, exploring a vision of the future in which cross contamination of viruses between computer networks and human populations is possible. On tracks like 'Years' and 'Tumor', information technology appears to be the source of a cancerous growth, one that has metastasised into IRL relationships, causing more harm that good. Quarantine served as harsh reminder of the failures of technology to deliver on its utopian promises — human contact remains as fraught as ever, if not more. The album's final lines "words are just words / that you soon forget" seemed to reflect this sense of fatalism, distancing Halo from her own lyrical content.

Chance of Rain, also released on Hyperdub, draws a line under Quarantine, returning instead to the techno-inspired sound of earlier EPs. In the past year, Halo has spoken in numerous interviews of her discomfort, partial on a personal level, with vocal-led live performances and the comparative freedom that has come with focusing on her instrumental material. By also introducing an element of improvisation into her sets, and doing away entirely with her laptop, Halo also seems to made room for variation, with each live show differing significantly from the next. This approach is reflected in the album itself: partly a composition, partly a document of performance.

Somewhat paradoxically, for a record in which the creative process is at once more instinctive and body-orientated, Chance of Rain is distinctly less human. It doesn't elicit the discomfort that came with the unprocessed vocals of Quarantine and neither does it possess the latent sexual energy (courtesy of those lewd detuned piano chords) of this year's Behind the Green Door's EP. But what Chance of Rain does, more so than any of Halo's work, is create a sense of liveness and immediacy that doesn't diminish with familiarity. 'Oneiroi' encapsulates that sheer feeling of unpredictability beginning with three basic elements, a hollow beat, skitter hi-hats and low-frequency rumble, which undergo continual mutations in the space of its seven minute length. If Halo has indeed transitioned further from studio to the dancefloor, it has not detracted from the complexity of her productions.

Unlike previous projects, there is less of a concept behind Chance of Rain. This comes as a minor disappointment, but only because the discussion generated by Halo's debut became a strong part of its appeal. That's not to say the album is lacking in ideas: the title alone is intriguing enough, pointing to a tension between two practices for predicting the weather - the statistical probabilities of meteorology and the mystical foresight of divination. Halo seems to adopt both methodologies, taking the forms and sounds of Detroit techno and rendering them uncanny through experimentation.

'Serendip' begins with nothing but radar blips and rolling bass until synths unexpectedly rise from the background overwhelming the composition. The album's title track builds and dissipates as if locked in some kind of biochemical equilibrium, moving between discordant piano notes and pounding sub-bass until the latter eventually dissolves to leave just the bare instrumentals. 'Ainnome's chorus of Technicolor synth evokes an unworldly sensation of zero gravity, like a sudden change in the pressure of an aircraft cabin. It's moments like these that suggest the album is shaped by a feedback loop of performance experiences and recording sessions.

Chance of Rain becomes altogether more perplexing when trying to account for the trio of tracks that mark the open, middle and close of the album. 'Melt', a strings and woodwind backed piece that bridges the two sides, seems to hint at some ongoing process of transformation. Intro 'Dr. Echt' and final track '-Out' are equally difficult to parse: the former serves as a misleading prelude to what follows, the latter features incongruous lounge music piano. Are they intended as a pause from the unrelenting techno, there to provide some structure or maybe a playful red herring? Chance of Rain defies easy explanation, an album that is more like a bout of freak weather than a light shower.