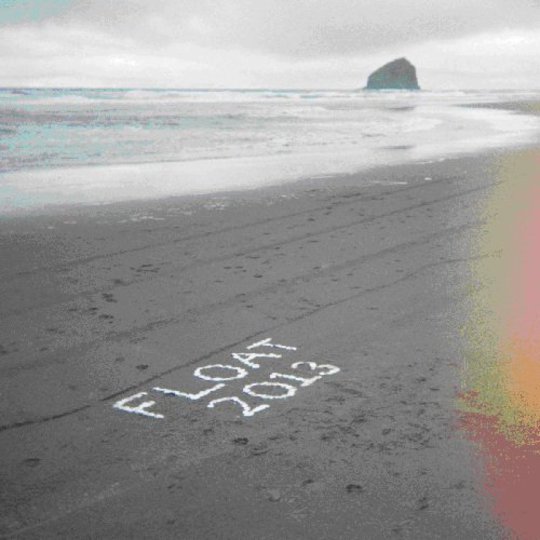 The work of American composer, multi-instrumentalist and singer-songwriter Peter Broderick has always intrigued, without necessarily always impressing. It would be easy to cast him as a novelty act, especially in the light of his 2012 releases www.itstartshear.com (an album released as a website) and These Walls of Mine (in which Broderick toyed with hip hop), but this Erased Tapes reissue of Float, Broderick’s 2008 LP should remind people that such a characterisation is unfair.

Float 2013, which has been lovingly remastered by increasingly popular contemporary classical pianist Nils Frahm, is, according to Broderick himself, all about 'giving Float a second chance'. This choice of language seems strange, given that the album was originally released only half a decade ago, and has gained a positive reputation as a record worth seeking out for those interested in Broderick’s orchestral roots. One suspects that Broderick’s turn as violinist for Efterklang, and the increasing diversity (and popularity) of his material over recent years, has lent him the impression that Float was in need of a good deal more unearthing than it ever actually has been.

Leaving aside the question of whether Float 2013 is strictly necessary, the fact of the matter is that this is a very pretty album indeed. Showcasing a charming, if at times perhaps slightly naïve, compositional approach, Float 2013 is less minimalist than one may expect. Jaunty string arrangements occasionally rise above the generally murky atmosphere, but there’s none of the overabundant melancholy that has come to define the current school of piano-driven classicism. Where the likes of Olafur Arnalds and Frahm exude a blissful hesitancy in their recordings, Broderick comes across as more submerged in the subconscious. This is a dreamy listen rather than a dramatically emotive one.

It’s easy to admire the deftness of touch on display, as Broderick demonstrates his ability to craft a record of gorgeous cohesiveness more adeptly here than on anything he has done since. It’s the album’s central tracks that make the biggest impression in this regard. ‘Stopping on the Broadway Bridge’ and ‘Another Glacier’ twin brooding ambience with a sense of beauty that is, admittedly, slightly simplistic, but seems all the more effective as a result. It’s testament to Broderick’s skill - and let us not forget that he was only 20 at the time of writing these pieces - that he can weave in an instrument as frequently divisive as the banjo to such potent effect on the former, and suddenly include vocals as seamlessly as he does on the latter.

Rendered clearer and yet more fragile by Frahm’s impeccable remastering job, listening to Float 2013 it's easier to understand why Erased Tapes have reissued this album. It fits perfectly into their aesthetic, and draws attention to a period in Broderick’s career that no doubt some, this author included, would like him to revisit. Unessential, but equally an undeniably enjoyable and refreshing listen.