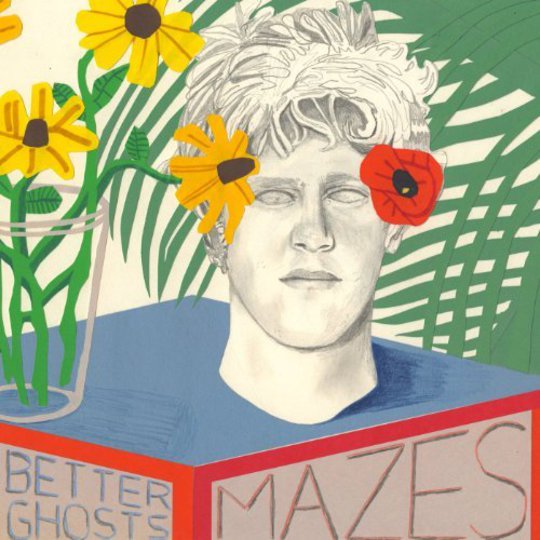 “Manchester, so much to answer for” said a bequiffed bloke with a book many moons ago. Never has a truer word been sung about a city. Decade after decade of classic bands. Then nothing. At. All.

Mazes might not be the saviours of the damp city, but they’re a damn lot better than all of the other noises coming out of the North West at the minute. They’ve got that whole British Sea Power thing going on, just getting on and doing their thing, not making a big song and dance of it.

After this though, it all gets a bit good. ‘Circada’ trips around like a happy northern Slint. Oh, and there’s a strange cricket chirp in the background that makes it all sound like it’s going on in that jungle that’s on the telly at the moment, with all the famous people and that small Geordie couple. Either that or it sounds like endless nights spent searching for crickets that had escaped from your pet leopard gecko’s cage, only to find out that they had been hiding inside your Packard Bell printer all along. You all know the feeling, I’m sure.

The chirps continue for ‘Donovan’, which probably isn’t about Jason, or even Landon, but it might be. I’ve never really been one for lyrical dissection; leave that to the pop professors of the world - more importantly the track has a creeping riff that could go on for eternity and no one would complain.

Once ‘Notes Between F and E’ rolls into town it all gets a bit acid rock. The guitar is all breezy and backwards, like The Beatles playing Tago Mago. As glorious as this is, it’s not until the closing moments that the real weirdness shines through. The drug fumes vanish, revealing a respectable dinner party, one with chatty guests and ballroom numbers. It’s like the sort of thing that goes down in Looney Tunes after all the animals have gone to bed, having tired themselves out by getting up to no good all of the live long day.

With Better Ghosts, Mazes have proven they’ve got staying power. Maybe, just maybe, they could make Manchester music acceptable again. If not, we’ll always have the Looney Tunes ball.