Big Wheel and Others 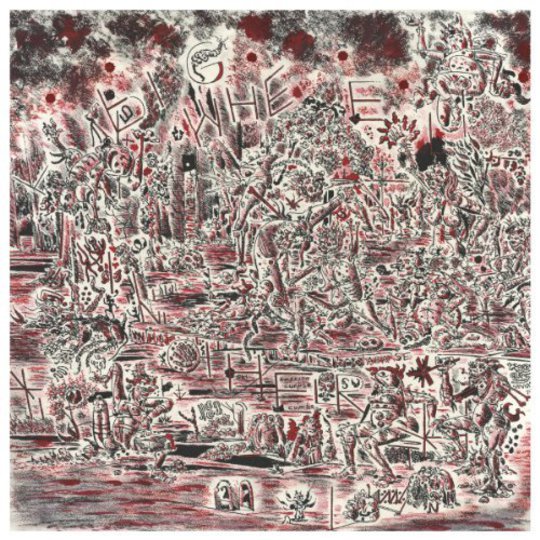 Cass McCombs has always been restlessly prolific, and his contemplative lyricism and traditional chord patterns have always given the impression of a man who writes a dozen songs a day. But Big Wheel and Other Things is undoubtedly McCombs’ greatest outpouring of unrestrained creativity: a 22-track, 90-minute opus of his loose, soulful, macabre jams. And by using the marathon running time to distil all of the what we’ve previously heard from McCombs into a collection of songs as good as he’s ever crafted, the record stands as his most immersive and stirring to date.

With 2011’s WIT’S END and Humor Risk, it felt like McCombs was purposefully filtering his year’s songs into two distinct camps, creating two LPs which had their own distinct mood, and acted as foils to one another. WIT’S END was full of gallows-bothering eight-minute lullabies, while the songs on ‘Humor Risk’ were much likelier to roll into life on the pulse of a blues lick and marching drum.

But with Big Wheel and Others, McCombs melds these two identities together, moving between the two poles at his fancy. There are songs on here as darling and lovelorn as he’s ever put out, as well as songs which make no bones of turning the drawled word “murder” into something approaching a hook. And, far from creating a jarringly inconsistent album, it turns into the sort of record that finds its coherence in its widespread indulgences, containing the full gauntlet of McCombs’ reflections on life, love, loss, and belief.

Cass McCombs has always been an artist who has been at his strongest the more he gives himself over to self-indulgence, and Big Wheel and Others is his best demonstration of this yet. There’s passages on here which, on a shorter album, might be distractingly indulgent – the free form sax solo which seems to go on and on from ‘The Burning of the Temple, 2012’, for instance, or the hyper-talky nine-minute jam right in the middle of the thing in ‘Everything Has To Be Just So’.

But the album’s running time gives these moments a forgiving sense of scale. On a 35-minute record, a straight up repetition of the song ‘Brighter’ (sung by Karen Black, on its second go-round) would feel like treading water. As part of an expansive hour and a half running time, however, each of McCombs’ whims are permitted to take their time to fully unfurl in their slow, purposeful way, to the complete satisfaction of the listener. Some of these songs are completely overwrought, others are somewhat underdeveloped. But everything feels like it has its place on Big Wheel and Others.

Of course, there’s no fully getting away from the fact that Big Wheel and Others is a colossal ogre of a thing, cabable of testing the patience of even Cass McCombs fans. But then it’s not a record to shove on shuffle, or to dip into as background music. In fact, the demand it makes on your time and attention is one of its greatest strengths. It’s a record for an uninterrupted Sunday morning spent reflecting in bed. It’s a record the length of a whole bottle of red and a pack of cigarettes. It’s a record to get lost in, and to find yourself in. And to put it as plainly as possible: it’s a record as emotionally and musically rewarding as anything Cass McCombs has ever released.