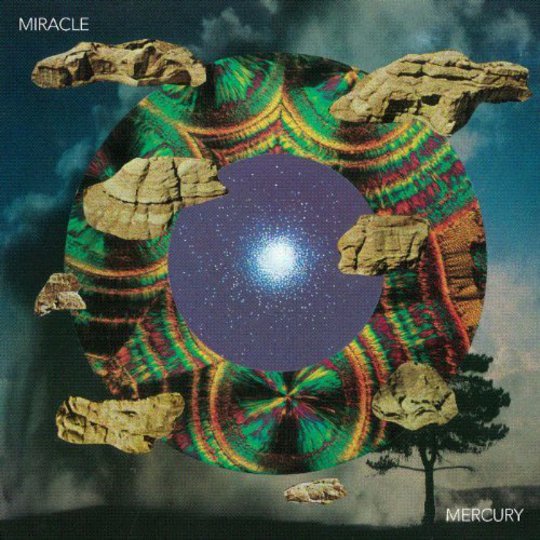 Planet Mu seem to be on an Eighties kick lately, with boss Mike Paradinas and his wife channeling pop/shoegaze on their recent album as Heterotic. It obviously lit a few fires at Mu HQ as they've recruited Miracle, the duo of ex-Ulver vocalist Daniel O’Sullivan and Steve Moore of Zombi, an Italian soundtrack-inspired synth act. Brought together with a joint love of the movie The Lost Boys, they’ve concocted an hour of murky but chart-savvy Eighties pop, the kind of thing Not The Nine O’Clock News spoofed so savagely over the titles each week.

As Eighties-influenced albums go, Mercury is smart, and too intricate to be written off as pure nostalgia exercise. Moore and O’Sullivan’s songs are soaked in gloom, charged with angst and full of more religious lyricism than vintage Depeche Mode: ‘Falling Into the Night’ features descending Jan Hammer-like keyboards and O’Sullivan shrieking about walking through fire, while ‘Breathless’ could inspire a plausible Lost Boys sequel with its dark, hazy synths, drums like steam and declarations like “Killed me once today/And I felt alive”. It’s possibly the only vampire reference here, unless “Breathless” is literal, and the masochistic lyrics point towards an asphyxi-wank experiment gone wrong.

Mercury counters the image of a pre-Bauer Kiefer Sutherland with some moments of pop perfection: for every track that conjures pictures of people in cloaks playing keyboards there’s a lighter glimpse of the Eighties, more in step with Vice City, with its tongue firmly in its cheek. ‘Something is Wrong’ and its chunky bass/pop hooks steal from Bananarama’s ‘Cruel Summer’, building to a great gothic chorus showered in synths. ‘Organon’ beats out cloudy techno; the kind of stuff they play in art gallery feature rooms and a perfect closer to the album. Its slippery beat is closer to Planet Mu’s signature acts and indicate the possible true intent of this record: The Lost Boys if they’d made it to dawn.

Whether playing light or dark, Mercury is a hoot: you’d be hard pushed to find a better Eighties album this year, Minks’ Tides End notwithstanding. The only wrinkle is the dry humour which feels like Moore and O’Sullivan are hedging their bets - if this can’t get taken seriously as a salute to the Eighties we’ll pass it off as satire. The English accent and botched vowels on ‘Automatic and Visible’ verges on Brian Butterfield, while ‘Neverending Arc’ and its ominous pads get bookended by Blade Runner rain. However, on the moments when the duo indulge their love of the decade the album soars, analogue slabs, bursting snares and lines like ”No mortal lips are worthy of this kiss” fusing together like B-movie poetry. Planet Mu could comfortably put out some more of this - as nice as it is to see them flying the flag for envelope-pushing electronica, it’s even nicer to see them let their hair down, and swap the flag and envelope for leather duster jackets that shoot lasers.