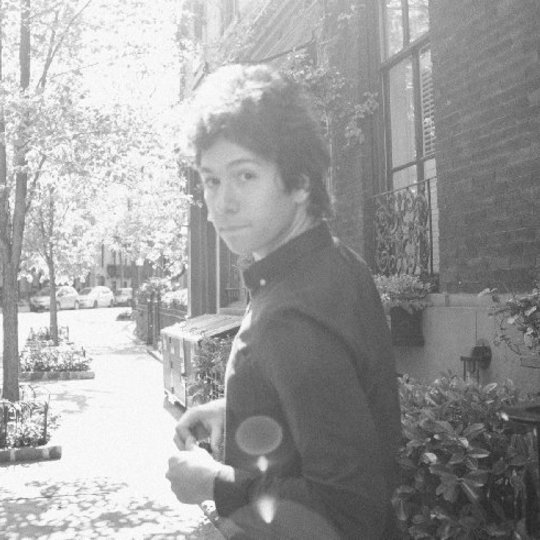 They might fall in and out of favour, wrap their songs in different musical layers and call themselves all manner of different things, but the singer-songwriter is a constant presence in the musical world – wherever you are, there’s always a boy with a guitar, singing his heart out. The quality can vary massively, but when it’s done right there’s nothing better – a pure shot of music and emotion that pulls directly on the heartstrings.

Trust, the debut album from New Yorker Gambles, is one of the purest examples of this particular art form we've seen for a long time. The whole album is just Matthew Siskin’s guitar and voice, singing intense, emotional songs, drawn from a deep well of personal heartbreak. On first impression, Gambles brings to mind some touchstones – pictures of Siskin ape Dylan’s New York origins, he learnt his craft through the songs of Leonard Cohen, and he can sometimes recall Jeff Mangum without the musical saws and wonky brass.

Where Gambles stands out from such looming names is the direct nature of his songs: there’s little hiding behind obtuse poetic imagery or characters to hide his feelings. When ‘New York’ opens with a lethargic strum of a guitar and the line “The ache behind your eyes has a name, but they’ll hide it behind what’s clean and plain”, it’s clear that Siskin is directing this at someone in particular. The story behind the record is a difficult one – Siskin and his partner lost a child, and he’s admitted that the songs are his way of talking to her and working through what must be a terrible situation. Not that you have to know this side of the story to appreciate the plaintive quality of the record. Like Bon Iver’s For Emma, Forever Ago, it adds an extra layer of understanding to proceedings, but the songs also have a universality for them to stand on their own feet away from such a heartbreaking back story.

In terms of stand out tracks, ‘So I Cry Out’ distills everything about Gambles into one four-minute package, talk of “kids grown up in the hardest of circumstance” sparsely delivered over a slowly swirling guitar strum. ‘Trust’ was the track that first caught people’s attention earlier this year, and listening to it in isolation you can appreciate the direct punch to the stomach it delivers. ‘Animals’ meanwhile, brings the record to a close with a touch of sunlight streaming through the curtains, Siskin picking out a gentle melody as he proclaims “I’m an animal but honey I’ll keep you safe with me”.

The trouble with an album this stark and emotive is that listening to it all in one fell swoop can be a challenge, and it’s true that there’s a lot to work through without any changes to the musical palette. However, when the mood is right, Trust sounds like one of the purest doses of emotion you can experience.