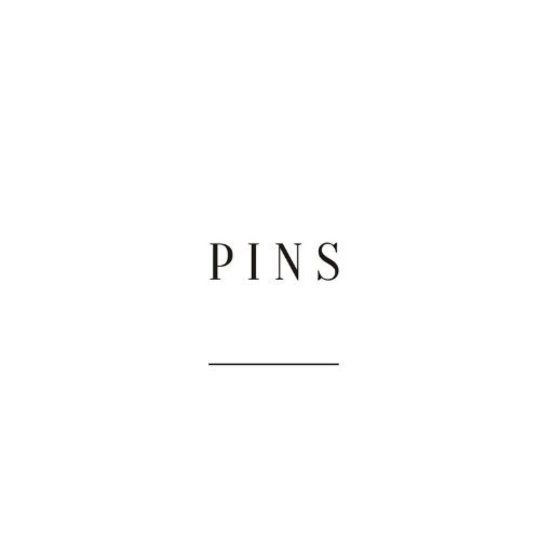 Although the majority of Manchester’s recent breakout bands have been cloaked in a futuristic swathe of electronica, heavy bass and samples, the arrival of PINS on the live scene back in 2011 was a definitive and standout shot in the arm for the city’s live scene. Sneering, immediately identifiable and possessing an incredible, fizzing chemistry within their sound, they immediately became a whispered name – one to find and one to follow. But such immediate hype carried with it a slew of faintly predictable comparisons: Siouxie, Crystal Stilts, Elastica. Which isn’t to say that PINS have nothing in common with those bands; more that there always seemed to be that little bit more to their sound lurking under the surface. The odd Jah Wobble bass squirm. The heavy, sense-flattening drone of early Stooges. The hypnotic, subtly switching rhythms carrying the music along. Hence why there was a nagging truth to PINS' assertion in their excellent July interview on this site about the tendency for their sound to be compared to various bands, whereas the band consider each of their songs to act as individual creations from their combined musical palate.

Upon listening to Girls Like Us, this wish is set out in bold type. What PINS do so well is to take disparate strands of rock and roll, punk, post punk and grunge, twist them viciously together into a multi-coloured and roughly hewn tassel, then dance around to their own particular beat. So much of the tension within the record is built around their ability to assemble their songs around a skeletal and ghostly framework of jarring, paranoid bass leaps and skittering drums, upon which they add and remove their trademark sounds: furious interludes of guitar, multi-layered gang-harmony vocals and above all, the disjointed, insistent voice of Faith Holgate; drawling a narrative that truly defines the sound of the record - a guide through the labyrinth of the tracks, though you're never sure if there is a kick or a kiss waiting for you behind the next corner. Her vocal may be parts Nico, parts Anika and parts Karen O but she is her own unique creation and a genuinely thrilling presence; the yelps on ‘Lost Lost Lost' being particularly memorable and gleefully exciting as an expression of sheer unbridled exaltation following on from her detached delivery on the verses, as the music explodes around her. Despite the comparative muscularity of the record, there’s a definite vulnerability at the centre, as if the tracks could fall apart at any moment. In this struggle to hold together, such tension catalyses the record’s claustrophobic intensity.

Another of PINS' laudable qualities is their tendency to mould the flow of their tracks on the record. The almost unsettling calm of 'It's On' makes the spiky, forceful title track more taut and prominent in juxtaposition, with ‘Mad For You’ sidestepping around rumbling tom-tom beats before gleefully exploding into a treble-heavy garrotte of a chorus. Frequently, passages are used as teaser pieces to set up the next track (take the quickstep nervy Joy Division frisson of ‘Play With Fire’ before ‘I Want it All’ picks up the baton left by PJ Harvey’s Rid of Me).

Similarly, the band manage to obtain a skilful control of dynamics and pacing throughout the course of the record's wiry 33 minutes; meaning that it coalesces into far more than the sum of its parts. And in terms of standout points, the superb ‘Get With Me’ twists and turns around a memorable anthemic chorus, the aforementioned ‘Lost Lost Lost’ carries a superb understanding of pop music within its chameleonic DNA, whilst the spoken word ‘Velvet Morning’ – set against a kaleidoscope of backwards guitars, descending chord sequences and intricate drum work – is quite beautiful.

Influences carry scant relevance when they’re used appropriately. The truth is that any guitar music is heavy with influences spreading back over six decades. It is the way that you distil said influences that matter and when they’re sprinkled throughout the course of a record in carefully dropped combinations, they become an amalgam, a catalyst: their own. What PINS do is to turn those influences into their own sound: a synthesis that Walter White would approve of to create a record that genuinely strikes out PINS as a thrillingly new and unique voice in the contemporary British scene.

It's not a perfect record in any sense (the occasional lyrical couplet falls awkwardly), but within such punk atmospheres, flaws perversely become strengths - a sign that the band care more for the overall kinetic energy of the record than polishing the individual corners. In successfully capturing this energy and the visceral thrill of their live shows, PINS have produced one of the most striking guitar debuts of 2013.