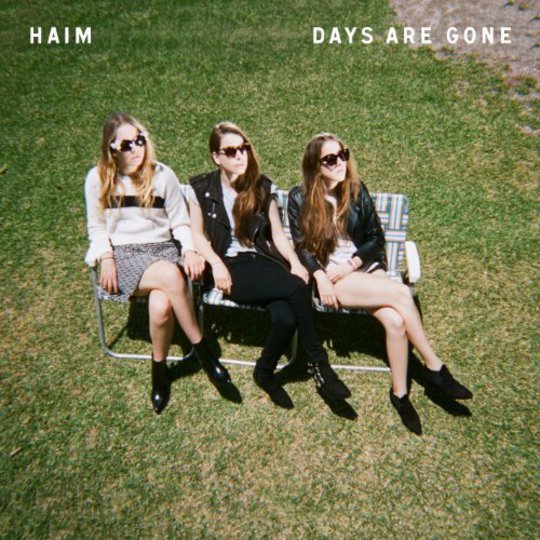 Whilst it’s true that there’s an obvious Mac influence on Days Are Gone – although interestingly the sound is closer to Mirage or Tango in the Night than the best-loved albums – it’s a very minor part of the huge amalgam of Eighties sounds that constitutes the sisters’ eagerly-awaited début album. Given the hype surrounding the band and the anticipation building around this record, it’s probably risking the wrath of Haim's advocates to say that there’s barely an original idea on the album. I’ll quickly add a caveat then, that it’s still one of the most enjoyable, likeable records of the year.

Of course – and this does sound moronically obvious – the record is only enjoyable depending on personal tastes. What I mean is, Days Are Gone caters very specifically fans of slick Eighties pop-rock and little else. If you’re in the mood for albums bristling with originality, for intriguing new ideas explored to the fullest potential, for melodies to be picked delicately from obscurity then this isn’t the record to stick on. Kid A or Loveless this certainly isn’t, but there’s still a lot to be said for it.

Oddly Days Are Gone is reminiscent of Weekend’s wonderful album Jinx from earlier this year. Not in terms of its sound, but in that it’s a hodgepodge of the best sounds of an era; whereas the San Franciscan trio collated the sounds of The Cure, The Smiths, Ride, Depeche Mode et al, Haim substitute in the pop hits of the same decade. In a way it sounds like the most perfect I Love the Eighties compilation ever recorded. ‘Falling’ has the breathy Kate Bush vocals and ambient Division Bell instrumentation; ‘If I Could Change Your Mind’ is of the same MOR pop mould of Lisa Stansfield’s ‘All Around The World’ (yes, this is the album’s nadir); on ‘My Song 5’ they get the same darkness that Peter Gabriel brought to pop music, largely thanks to some stunning woozy bass work from Este Haim. The sunshine-soaked ‘Honey & I’ is a West Coast soft rock number that would be worthy of a place on Don Henley’s Building the Perfect Beast.

As was the case with Jinx, Days Are Gone benefits from limiting its affections to a single golden era of its genre. It gives the album a sense of cohesiveness when it would have been so easy to create a tangled mess (cf. Everything Everything), so it’s to the band’s great credit that they’ve made something so pleasantly easy to listen to; a feeling that’s strengthened by the fact that the artists whose sounds they’ve lifted made such effortless, shimmering radio music. The appeal of this album is epitomised on this summer’s single and easy high point ‘The Wire’: it’s a stomping, catchy tune unburdened by cynicism, which neatly reminds us that, in spite of the protestations by contemporary network sexists (Twittoginy, anyone?), Girl Power in 2013 is actually kinda fun.