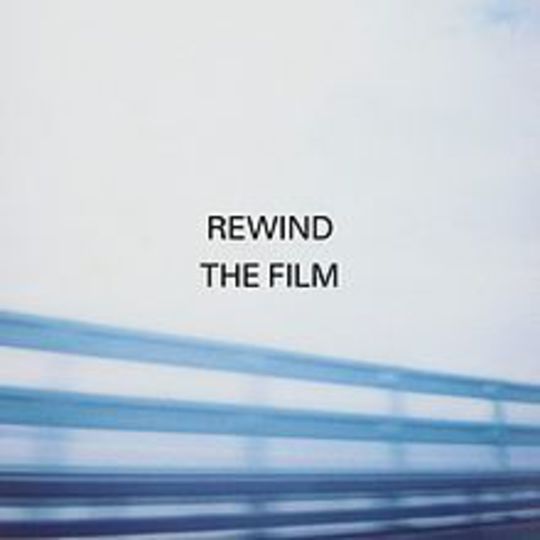 While many of their contemporaries had already passed their sell-by date before releasing an album (Fabulous or Credit To The Nation anyone?), the prospect of a new Manic Street Preachers album is still an exciting prospect now, much as it was when Generation Terrorists appeared back in 1992. Although much has changed from both a personal and musical perspective within the band, it's to their credit that even as forty-somethings, James Dean Bradfield, Nicky Wire and Sean Moore can still generate a level of interest artists half their age would probably sell their own grandmothers to emulate.

Of course, it goes without saying that Manic Street Preachers version 2TK are barely recognisable to the band responsible for delivering arguably the most confrontational and at times abrasive music from the decade beforehand. In Marc Burrows' superbly written piece last week, he put forward a strong case why the Manics should never be written off for toning down their anger. And while he makes some valid points, there's still a part of me - a veteran of seeing the band play live on 79 occasions - that yearns for the gut wrenching vitriol of those first three long players. Sure, the likes of Generation Terrorists and Gold Against The Soul contained gentler fare like 'Little Baby Nothing' and 'La Tristessa Durera (Scream To A Sigh)', while even The Holy Bible - still the band's coup de grace - contains the slightly less dissonant 'She Is Suffering' among its number. And yet, ultimately, the question those three records pose is why would anyone choose to listen to Rewind the Film over each, if any of the aforementioned? That's not to say the Manic Street Preachers eleventh album is a bad one. But in the wider context for a band with such an incredible, and at times unparalleled back catalogue, there are parts of it which pale into insignificance.

Having already stated upon announcing Rewind the Film's impending release its close musical proximity with 1998's This Is My Truth Tell Me Yours, itself one of the band's most maligned records, after several listens those comparisons aren't exactly wide of the mark. Interestingly recorded with Alex Silva behind the mixing desk, Rewind the Film cannot be faulted for its ambition in the sense that its creators have once again revolted against any kind of expectation. Indeed, compared to its predecessor, 2010's Postcards From A Young Man, there's a more introverted melancholia running through Rewind the Film's core which suggests the record holds a distinctly personal resonance with each of its creators. 'Show Me the Wonder' aside, there are no obvious singles here, no bellowing anthems for a sunny afternoon's sing-song down the Millennium Stadium. Instead, it provides a desolate, and at times unsettling soundtrack that doesn't fit in with the more nostalgic sentiments of Postcards... or the equally past-referencing Send Away The Tigers.

Opener 'This Sullen Welsh Heart' admirably sets the scene, Bradfield's echoed first words being "I don't want my children to grow up like me." Intrinsically an acoustic lament, with singer/songwriter Lucy Rose sharing vocal duties on its verses, it takes a similar route to This Is My Truth...'s opening gambit 'The Everlasting', bearing its soul for all to see. The haunting title track too, which features the unmistakable vocals of Richard Hawley laying the record's intentions firmly on its sleeve. "I want to feel small, lying in my mother's arms, playing my old records, hoping that they never stop" intones Bradfield at one point, overcome with nostalgia yet engulfed in a dub heavy bassline his one-time guitar heroes The Clash would have been proud to call their own, particularly during the Sandinista! phase.

Which I guess Rewind the Film to an extent could have - and still might - turn out to be? Coupled with its as-yet-unreleased sister record Futurology - due to be released in the early part of next year - Rewind the Film merely represents a third of the songs recorded with Silva at the beginning of this year.

There's a maudlin theme running through Rewind the Film, not to mention a more experimental approach in terms of instrumentation. Brass appears at the front of the mix as regularly as guitars; it leaves many songs lacking charisma, or at least an identity forceful enough to stamp any authority over proceedings. It tails off rather nonchalantly during its midpoint, with only the strings dominated 'Anthem For A Lost Cause' making an impact with any real fervour. 'As Holy As The Soil (That Buries Your Skin)' borrows the refrain from Captain Beefheart's 'The Dust Blows Forward and the Dust Blows Back', while '3 Ways To See Despair' meanders its way into grandiose hearty ballad territory.

The closing couplet of 'Manorbier' and '30-Year War' display another two sides to the band's make-up, ultimately delivering Rewind The Film's most intuitive nine-and-a-half minutes in the process. Whereas the latter rivals 'Let Robeson Sing' as one of the Manics' most incisive protest songs, a potent piece about the marginalisation of working class culture, the former takes its cue from Explosions In The Sky - not quite Manic Street Preachers go post-rock but arguably Rewind The Film's most adventurous piece.

Overall, Rewind The Film won't be afforded the same reverence as Manic Street Preachers more definitive outings. Nevertheless, in the context of the present, it's the sound of a band growing old gracefully in reminiscent mood yet firmly at ease with their lot.

They Are Nothing Without Us