The Bones of what You Believe 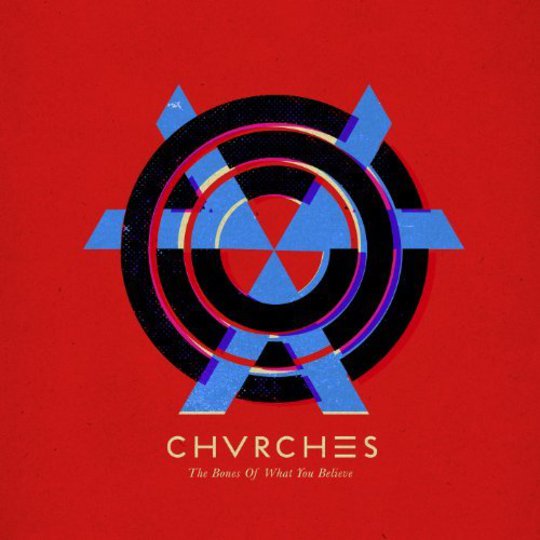 Andy Dufresne outlined an inherent irony to his situation at Shawshank Prison. For most of his life, he was an honest man who harmed no one. He had to be sent to prison to become a crook.

Aereogramme specialised in honest, serious guitar music, the likes of which we are constantly led to believe is ‘real’ and can change the world. They were confronted with varying degrees of indifference. They had to wade into the mire and artifice of pop music to get the world’s attention.

That track was a pummelling clarion call that drew from The Knife and Nine Inch Nails as much as Depeche Mode and The Human League. It was sinister, immediate and simply too good to go unnoticed. ‘The Mother We Share’ drew from a brighter palette but still arrived soaked in bitterness and barely-concealed anger: “when it all fucks up/you put your head in my hands/it’s a souvenir/for when you go.”

Combining shimmering pop melodies and dark lyrics is obviously nothing new, yet there’s something about the way Chvrches pursue this juxtaposition that marks them out as more than, say, the next Robyn. The violence alluded to in ‘Tether’ (“it’s an image that’s burned on my chest/for a minute you need me to stay/cold-blooded and drifting away”) is initially matched by lonely guitar and cavernous reverb, but the track suddenly bursts into a joyous, rave-y climax that can’t help but draw a smile. Everybody in here’s innocent... didn’t you know that?

The Bones of What You Believe has been arranged to suit a vinyl listen, with a Doherty-led track propping up each side. His vocals should detract from the identity of the album, but they’re actually very effective in establishing a different tone. Instead of the undercurrent of rage expressed by Mayberry, Doherty implores his subject to “keep holding your head up” and the mood shifts from malevolence to a simpler melancholy. There’s a harsh truth to face.

Despite all the shadows encroaching on the tracks, the album doesn’t have to be analysed and dissected to be enjoyed. There’s so much to love on its surface that the record could live in a collection and function solely as a catchy pop nugget for the rest of its existence. ‘Night Sky’ is a driving, euphoric experience—despite unsettling echoes of Radiohead’s ‘Climbing Up The Walls’—while ‘Science/Visions’ mines Brad Fiedel’s collection of sci-fi synths and drums to create a kinetic, evolving landscape that’s never less than totally absorbing. There’s something buried under there, but you’ll have to pry it up to see.

If there’s any criticisms to be made, it’s that the reworked versions of ‘The Mother We Share’ and ‘Lies’ seem to have lost some punch from their earlier incarnations. Maybe it’s because they’re not as new any more, but they sound somehow overworked, as if Chvrches were incapable of leaving them alone in the year since their release.

Nevertheless, there’s no denying that the band has released a fully coherent statement—one that is solidified by their refusal to appear separately in photographs, anticipating the industry’s obvious desire to make Mayberry the focal point. The singer’s law degree and Masters in journalism—with a dissertation on the portrayal of femininity in women’s magazines—makes her too astute for such exploitation.

Cook and Doherty, too, have been through the dark end of the industry and refused to let it diminish their enthusiasm or sense of worth. In turn, this gave them the defiance to do this on their own terms. Chvrches, who crawled through a river of shit and came out clean on the other side. Chvrches, headed for your heart.

They Are Nothing Without Us