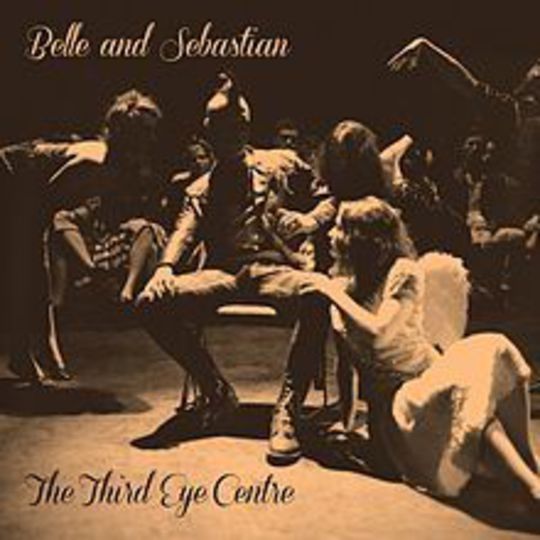 It doesn't seem like 14 years have passed since Belle and Sebastian collected their award for Best Newcomer at the 1999 Brit Awards. Yet looking back, the Belle and Sebastian of that pre-millennium era was a very different entity to the one represented on The Third Eye Centre, their second compilation after 2005's Push Barman To Open Old Wounds.

A carefully assembled selection of b-sides, remixes and obscure rarities, The Third Eye Centre basically encompasses the past decade, from 2003's Dear Catastrophe Waitress onwards. Comprising 19 tracks in total, it serves as an interesting trawl through the latter recordings of a band who - perhaps unfairly - have become synonymous with the word 'twee', even though much of their output from this period can be described as anything but. With early creative forces Stuart David and Isobel Campbell long departed, there's a mature, poetically winsome veneer to much of what Stuart Murdoch and co have put their names to over the ensuing years.

While those still in thrall to the wonders of Tigermilk and If You're Feeling Sinister continually yearn for another 'She's Losing It' or 'Fox In the Snow', there's still much to be admired about the band they've blossomed into. Whereas past experiments such as 'Electronic Renaissance' owed much to the northern grit of New Order and luscious pallor of The Field Mice, songs like 'Your Secrets' off 2008's Books EP and 'Stop, Look And Listen' off the CD single of 2004's 'I'm A Cuckoo' owe more (respectively) to Elvis Presley's 1968 comeback special and the collective works of Simon and Garfunkel. Indeed, 'Stop, Look And Listen' finds itself dissected into two parts from its previous seven-minutes long incarnation, the two-and-a-half minute surf-guitar instrumental outro breakdown now a piece of its own entitled 'Passion Fruit'.

Coupled with the bells and beats heavy Avalanches remix and country-tinged '(I Believe In) Travellin' Light', it's fair to say the 'I'm A Cuckoo' single and its accompanying bonus tracks and b-sides stands out as a highlight both here and as a benchmark of the band's latter discography. At times the most interesting aspects of The Third Eye Centre are the remixes. Richard X turns 'I Didn't See It Coming' off 2011's Come On Sister EP into post-matrimonial dance-off where Sarah Martin and Stuart Murdoch assume the roles of Sarah Cracknell and Neil Tennant with resounding success. Meanwhile Glaswegian producer Julian Corrie (aka Miaoux Miaoux) takes 'Our Cover's Blown' on a trip through late Seventies Chicago via Russell and Ron Mael's backyard before arriving in territories occasionally inhabited by Daft Punk. Although about as far away from sounding like anything normally associated with Belle And Sebastian as is humanly possible, it works in a perverse kind of way.

Elsewhere, 'Suicide Girl' which began life as a bonus track on 2010's Belle And Sebastian Write About Love harks back to those earlier Stow College recordings, while the Stevie Jackson written and sang 'I Took A Hard Look' and piano-led ballad 'Long Black Scarf' demonstrate a maudlin side many casual observers might not purposely connect with.

Overall, The Third Eye Centre succinctly packs ten years' worth of eccentricities and oddments into a pleasant, if slightly oversized compendium. With the band set to embark on recording sessions for album number nine once this summer's festivals are out of the way, who's to say their next diversion won't be any less enthralling or enchanting?