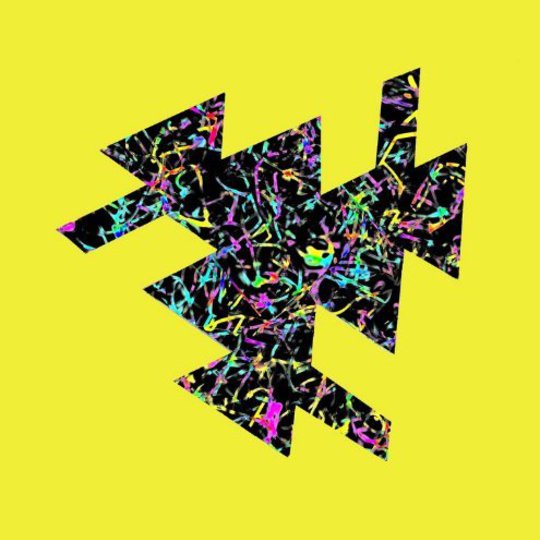 Factory Floor are at their taut best experienced live; when Butler's synth rhythms layer up around you, Void's abstract guitar and vocals emerge out of then back into the mix and Gurnsey's intense drumming takes centre stage. Their songs seem to last forever, indebted to repetition; yet finish too soon - the monotony becoming a primal pulse to lose yourself in.

This self-titled debut doesn't quite capture that experience. The years refining this record have seemingly lost a few of the aural quirks that to me defined what made Factory Floor that little bit different back in 2010; whether that is down to over-working or DFA's production is unclear, but some tracks here sound so clinical and clean that I yearn for the raw space that 'Wooden Box' had or 'Lying's unhinged, tactile drums. Here, the songs actually appear more conventional than they actually reveal themselves to be given time; rather than a rock band making visceral Jeff Mills-esque techno, occasionally Factory Floor feels solely electronically created. With a bit of compulsory trademark DFA cowbell thrown in.

Yet despite this gripe, there's a very good chance this record will end up being the one that defines my 2013. Retro-keyboard and jaunty sounding 'Work Out' aside (which falls biggest victim to these production preferences and doesn't really do much of note for its six minutes), everything else here is quite brilliantly crafted, insanely infectious and finds a sweet spot between abstract and approachable.

'Two Different Ways' still sounds amazing two years on, circling around your senses and bombarding you with effects, instruments and general loudness. It's been constructed, edited down to the bare bones and reworked here with fastidious attention to detail.

Previous single 'Fall Back' continues to improve with every listen, the repeated question becoming hypnotic and leading to a frenetic end. 'Turn It Up' allows the drums to take centre stage and makes a perfect introduction to proceedings. 'One', 'Two' and 'Three' are there to provide brief respite between tracks but all hint at experiments that could turn into larger ideas in the future.

'Here Again' is arguably the band's most straightforward vocal turn to date, enveloped in a swirling looped sound and begging to be played through a decent club PA. 'How You Say' is relentless to the point of testing your resolve but draws you back from the brink. Closer 'Breathe in' will likely become monstrous when incorporated into upcoming live sets and if anything ends too soon.

Given the gestation period and polish, the humanity that manages to shine through this tight, crafted record is a triumph; the sound of a band having a whole lot of fun in the hope that ultimately you will do too. Hopefully any future output will / won't be such a labour of love.