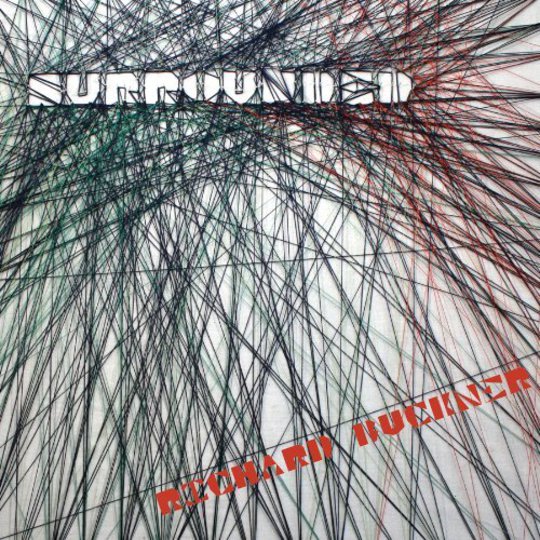 There’s a feeling we all know that’s best described as 'oh shit, not again'. You know the one. Richard Buckner has seemingly had more than his fair share of it, and that’s not just judging by the world-weary rasp he sings in.

His last album, Our Blood, suffered major setbacks due equipment failure and the theft of a laptop, the completed record wrenched from his grasp twice. Never ideal, but profoundly troubling for someone who pores over his work and describes his writing process as 'OCD… the world in your head gets really small sometimes.'

Having finished Our Blood third time lucky, the approach to Surrounded - Buckner’s tenth album - saw him catching himself out and writing by proxy. He concentrated on prose, specifically short stories, with no intention of producing a record, yet found old habits the hardest to break and gravitated back to the studio. Culling lyrics from his writing, he operated a merciless 'tidy desk' policy - finishing skeletal songs and firing them off to producer Tucker Martine (before they could be half-inched again) for a quick buff up, avoiding over-elaboration.

Surrounded is not just an exercise in mitigating obsessive writing tendencies, but also builds on Buckner’s established style. Kitted out with an autoharp and effects pedals, the use of electronics is given an emphasis at times reminiscent of John Grant’s discovery of the synth on Pale Green Ghosts, albeit sparser readings of such woozy material. ‘When You Tell Me How It Is’ and ‘Foundation’ pivot around scraping, whirring samples, equal parts poise and drama, the second backed with a smattering of snare shots that are pretty much the only drums on a generally hushed record.

But it also carefully retains a signature grizzled acoustic bent as songs largely alternate between the two tropes - ‘Portrait’ is very much of the established acoustic songwriter mould in which Buckner has cemented a notable reputation over the years and is a highlight bang in the centre of the record. A lilting melody, buttressed by twinkles of electronics, is given plenty of space to roam and it’s refreshing to hear the close-mic’d scrape of nail on guitar string as much as it is Buckner’s cracked baritone pushing up through the registers. It has a moving, muted strength that’s underlined by crystalline production.

Matters are even more spare than usual, as if Buckner is stripping back his already spartan sound to find his essence, his songs characteristically brief. Yet this serves to throw attention almost wholly to lyrics that too often remain oblique. The working methods conjure the age old debate: does music fit around a lyric, or should words be sifted to serve a song? Too much of Surrounded feels like it’s trying to do both and in the end commits to neither. That the work was then passed to a producer so quickly means matters feel underwritten and, unless you have a similar obsession with the detail as their author, for whom the material is clearly personal, you may not be able to draw much from the songs. Unfortunately, the delivery means few will have the patience.

Buckner’s approach is understandable, but the gap between theory and execution makes Surrounded a little lifeless. It’s certainly worthy, but seems to be the product of distraction from someone lazily drawn from writing to mixing desk. It's careful, like well worded advice, and typically careworn, but this ultimately can’t disguise a lack of lyrical spark. The finished product sounds more like a demo collection - admittedly a well wrought one that is sympathetically produced - and that means the record will do little to elevate Buckner beyond his established status a cult figure. File under fans only.