Different Sides of the Sun 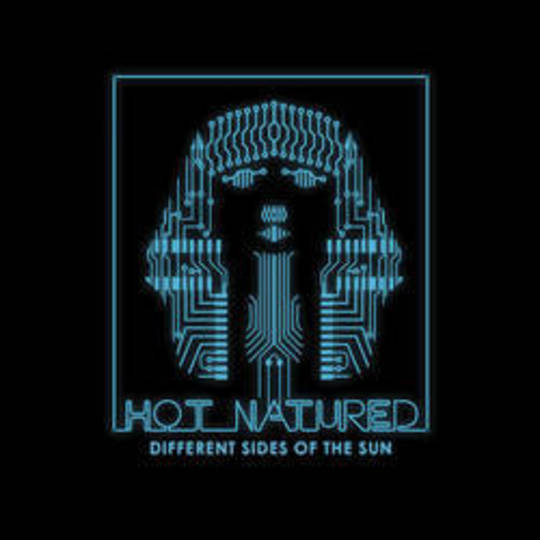 Neo-house, nu-house, nouvelle maison - whatever you want to call it, over the last few years this ultra-glossy, easily accessible take on Chicago’s greatest export has been growing a sizeable fanbase, garnering residencies, and creeping into the mainstream awareness. With a strong late Nineties influence, a pop sensibility and the spatial breadth of minimal techno all set to a shiny four-four beat, it can be hypnotic, warm and summery – and Hot Natured are among those who do it best.

The collective, comprising Brit Jamie Jones, Italian Luca C, Detroiter Lee Foss, and vocalist Ali Love, have been reaping the benefits of several huge 'crossover' singles with slots at Glastonbury, Sónar and the Brixton Academy, as well as significant radio airtime and Ibiza residencies. With their Aztec patterned shirts, tans, and of course their widespread success, Hot Natured get a lot of hate – accusations of selling out, of hastening the demise of house, of over catering to the burgeoning American appetite for dance music have all been levelled. So which way will debut LP Different Sides of the Sun got to settle the debate?

The big singles that made the Hot Natured name are all present and correct. The Italo synths and minimal groove of ‘Reverse Skydiving’, the smooth poolside house of ‘Benediction’, and best of all the fantastic throwback Detroit pound of ‘Forward Motion’ have all made it onto their first album – and with such colossal singles already recorded, perhaps it’s no surprise. But we have long left the compact disc era, and big-hitting singles no longer guarantee an album’s success.

Fortunately Jones, Foss, and Luca aren’t quite done yet. ‘Planet Us’ brings swathes of spaced out synths, bouncing bass, and Chic-influenced guitars. Laconic and horizontally chilled, it’s not so far from the spacier sections of Random Access Memories. New single ‘Isis’ brings a jittering harpsichord intro that resonates with scenes from that Skins episode when they went to Morocco and lilting guitars that scream an Ibizan influence. Though it suffers a little lyrically (“High like hieroglyphics”, “River called the Nile […] crocodile smile”), it combines a strong Nineties nostalgia with Hot Natured’s trademark sultry fare. The presumably Foss led ‘Detroit’ brings a lower BPM and less complex production, but expands into a deeply satisfying groove.

But it’s not all good news. Much of the album suffers, blurring together into an unmemorable body of slick but shallow house – uninspired beats and a middle of the road coast. With three guest spots, Anabel Englund’s vocals are another problem, comparing poorly with Love’s gliding soul melodies and sounding both over processed and all too bland. Different Sides of the Sun is in very real danger of playing it too safe.

Looking back to Jones’ Tracks from the Crypt or his ‘Hungry for the Power’ remix, Foss’s ‘Grinding’ or Infinity Ink’s ‘Infinity’, it’s clear that Hot Natured have far from stretched themselves. They have gone the way of many a supergroup before them; too much laurel-resting and too little innovation.

Later... When the TV Turns to Static

Sequel to the Prequel