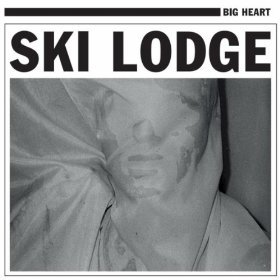 Transcending the overt familiarity of their influences with genuine emotional pull and good ol’ fashioned songcraft.»

Andrew Marr, the multi-instrumentalist, singer and songwriter behind Ski Lodge, has created a deeply personal record that overflows with lush melodies and insatiably catchy choruses. Think, Real Estate and The Smiths. Marr writes about nostalgic memories of youth on top of his indie surf jams. 'Big Heart', Ski Lodge's debut full-length, out this summer on Dovecote Records, is Marr's fullest realization of this hot and cold split. Marr wrote all of the lyrics and music, and played nearly every sound that ended up on the record. However, this was the first time the 26-year-old worked in a professional studio with a producer, the indelible Lewis Pesacov (Best Coast, Fool's Gold), over several weeks in Los Angeles. The combination of Marr's intrinsic songwriting and Pesacov's LA-defining production skills resulted in music with fuller breadth and scope than Ski Lodge's previous release without losing any of the wry innocence that made 2011's self-titled debut EP so much fun.
description from www.roughtrade.com