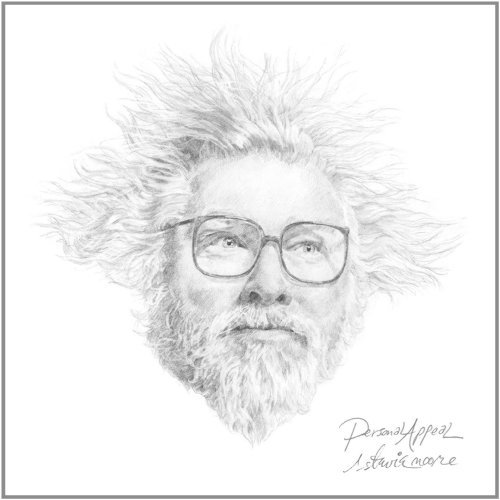 R. Stevie Moore is a collage artist of the highest, silliest, most joyful degree.»

There can't be many who possess a back catalogue containing more hidden gems and scarcely touched upon curios than R Stevie Moore. Dubbed 'The Grandfather of DIY' by some, it's the only tag that's ever stuck for this prolific, chameleonic artist, whose cult status has grown over nearly half a century of music making, and whose back catalogue - which numbers in the hundreds of releases - has influenced everyone from Sonic Youth's Thurston Moore to recent lo-fi pop King Ariel Pink. 'Personal Appeal' at one both showcases why such acclaim is several decades overdue, but in its body of material it actually goes back to way before the magazine covers and rise to cult iconicity that Moore can now justly enjoy. The 15 tracks have been taken from a period in between 1973 to 2001, an era during which he forged a deep connection - for better or worse - with New Jersey, after moving there from his native Nashville in 1978. The sheer volume of releases that have come out through Moore's career perhaps explain the wider overload of thought that occupies this most frenetic of minds. As he was releasing music on a number of labels, including his Uncle's HP Music, he also put out swathes more on his own carefully tendered-to mail order Cassette Club, which operated out of his NJ home. The cuts on 'Personal Appeal' all derive from this vast, largely un-catalogued well of material that he was creating and self-producing alongside his more 'official' output. The selection tells a story, not through comprehension (a truly exhaustive 'Best Of' on Stevie would clock in at days in length,) but through mood and representation. It veers through surf-rock, freak folk, touches on bluegrass and country - a nod to his formative years - and sprawls outwards to include orchestral flourishes and broader rock sounds; Moore's writing has always been a mixed humour with melancholic sincerity, as indicated on track titles like 'Why Can't I Write A Hit?' and 'Pretend For A Second That You Are Very Intelligent.'
description from www.roughtrade.com