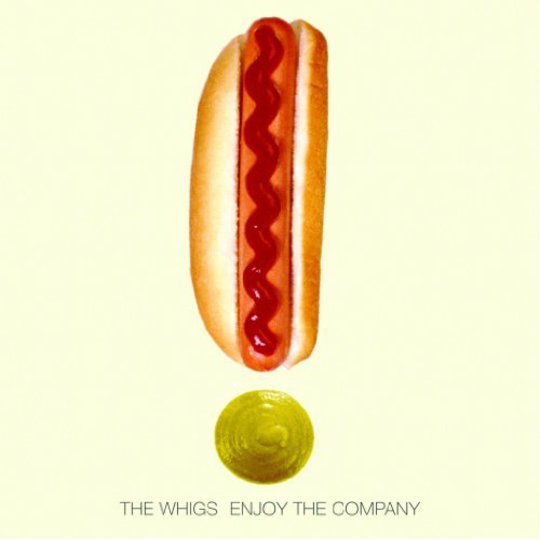 Exchanging their hometown of Athens, Georgia for Woodstock, New York to record Enjoy The Company seems to have a had a converse effect on The Whigs. Whereas their previous material has painted them as a Deep South alternative to North Eastern music - brooding and slow-burning yet encompassing a unmistakable drawl - their latest record is a North Eastern version of Deep South music. As such, this is largely Southern Rock-lite: it is not brash or brazen- it is uninteresting and tedious.

But uninteresting doesn’t mean earth-shatteringly bad - there’s a certain steadiness to the record that reveals a band who know each other inside out. A gruelling ten years on the indie circuit with no great success will do that to a group. Unfortunately, this isn’t the reflective, boozy 'I-know-it-hasn’t-always-been-easy-but-think-of-all-the-good-times-we’ve-had-eh-boys?' record it wants to be; it is more a nasty hangover from early 2000’s Kerrang TV. This is Southern Rock playing at being carefree, resilient and nostalgic: less Lynyrd Skynyrd and more Kid Rock.

‘Summer Heat’ is a shining example of the hackneyed themes and botched lyricism on display here. In keeping with its title, the song largely concerns the desire to “play”, “lay” and “stay” “in the summer heat”. These words, in the song’s chorus, are used interchangeably with particularly grating effect. Combine this with verses about ‘the road’ and a country tinged yet unashamedly ‘ROCK!!’ guitar line and you have the recipe for a song which not only doesn’t do its subject justice, it sounds like fucking Nickelback. ‘Thank You’ is similar in its poor lyrics, however credit must be given for the song’s naivety and simplicity: the song undeniably has an endearing thankfulness (funnily enough) and the glockenspiel in the later choruses works well. Elsewhere, the opener ‘Staying Alive’ sets the scene for Enjoy The Company; a Status Quo guitar riff, self consciously ‘clever’ lyrics and a, ahem, ‘Whig-Out’ at the end of the song that, while noisy and raw, seems too contrived and unnecessary.

Some of these tracks will undoubtedly play well over the summer months; you can imagine songs like the Dandy Warhols-esque ‘Rock and Roll Forever’ turning heads at a festival, at least until the song finishes and The Whigs kick straight in with ‘Summer Heat’. Closing track ‘Ours’ is also a success - one of the instances in which The Whigs achieve a fraction of the cinematic scope that they are attempting throughout.

The biggest shame about Enjoy The Company is that it will detract from the moody, backlit performances that are The Whigs’ bread and butter. This tries too hard to be southern whereas they have more often, and with more success, tried to be northern; attempting this sun-dappled optimism, The Whigs are a fish out of water. Considering the record’s title, The Whigs want people to enjoy this. Considering the music on display, it’s hard to imagine that they will.