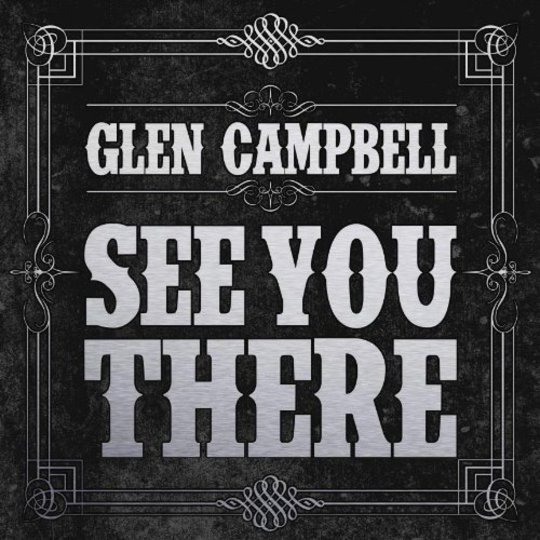 Back when I was fresh out of university, I took a temporary job working for Northamptonshire County Council in their social care learning and development department. The job was pretty much entirely administration, and as such I didn’t see much of what my colleagues and the health care providers I got do know did on a daily basis. A handful of people I got to know as friends worked closely with elderly patients suffering from mental illness on a daily basis, and would tell difficult anecdotes strewn with the most unbearable heartache: not only is there the sadness of seeing a person losing touch with their world, but the grief and anguish of patients’ families and carers seeing someone who may have been part of their entire lives unable to recognise their loved ones.

This reviewer makes no presumptions about the current state of Glen Campbell’s struggle with Alzheimer’s disease. I can imagine though that those closest to him must feel genuine anguish, greater even than that of his hundreds of millions of fans who will never again get to see him perform live. Reading through the liner notes of See You There, an album which sees 72-year-old Campbell rework a number of his greatest hits into the form they took on his sadly curtailed tour, leaves DiS close to tears as his family thank fans for their messages of support and love since his diagnosis was made public.

When an album is released in the shadow of tragedy then the temptation can be for the reviewer to over-contextualise it and condescend the afflicted by awarding a sympathy mark-out-ten or two. On other occasions, though, the album can reflect its circumstances and turn out to be something a cut above the deluge of decent albums that DiS hears on a weekly basis. See You There isn’t a record in the highest echelons of this year’s releases, and it’s a far cry from the perfection of, say, the similarly heartbreaking Electro-Shock Blues, but it’s a genuinely heartfelt and moving, if slightly patchy, record.

The majority of Campbell’s best-loved songs are on here, with ‘Southern Nights’ being the most notable omission. It’s interesting to hear the way songs take on a different feeling here, thanks to both the ageing of his voice and the listener’s knowledge of his health issues. ‘Wichita Lineman’ has been turned from the most glorious piece of country pop ever recorded into something more wistful. It’s suddenly a song full of reflection rather than youthful existentialism. Similarly ‘By the Time I Get to Phoenix’ now seems regretful rather than looking forward.

This isn’t the perfect album, and there are a couple of missteps. Jimmy Webb’s ‘Postcard From Paris’ seems a little hackneyed today, and the alternate mixes of this and ‘What I Wouldn’t Give’ are unnecessary. There’s also the poor decision to include new song ‘Waiting on the Comin’ of My Lord’, compounded by adding a second version with Jese Hernandez at the end of the album. There was a time when Campbell, Reagan and Heston were the poster boys for the American right and this song panders to almost every cliché about Bible Belt Republicans going.

See You There’s instrumentation has been updated for a more modern, alt-country feel. Combined with Julian Raymond and Howard Willing’s rich, oaky production, this means that if you didn’t know the likes of ‘Galveston’ and ‘Gentle on My Mind’ already (somehow) you could easily mistake the songs on this album for ones written in 2013. The feeling of modern Americana on the guitars and keyboards though is in stark contrast to Campbell’s voice, which has aged well; it’s warm, whiskeyed and less nasal than it used to be, sentimental but not cheesy, in a way similar to Leonard Cohen’s.

If any song is a microcosm of the album it’s perhaps his best known: ‘Rhinestone Cowboy’. It’s stripped back here to something minimal, with just a lightly distorted electric guitar playing the chords as Campbell sings over it. The music wisely remains sombre; eschewing the cheesy crescendo you kinda fear is coming at the chorus only for it to stick to gloom as the vocals reach to be optimistic.