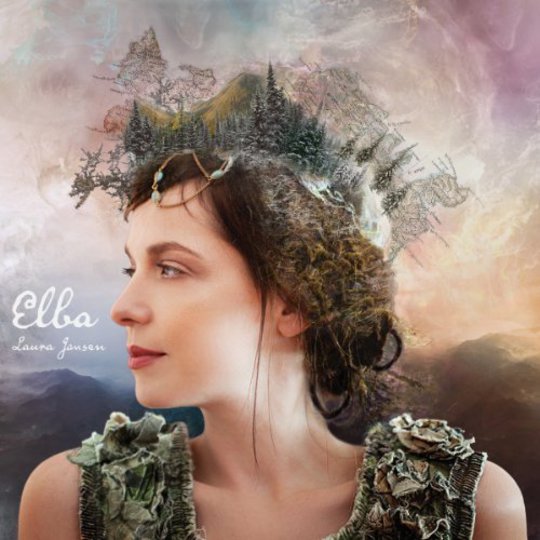 Elba is the UK debut release from Dutch-American singer-songwriter Laura Jansen. Recorded in LA and produced by Matt Hales (Lianne La Havas, Diane Birch, Mikky Ekko), it takes inspiration from Napoleon's resilience, productivity and self-empowerment during his sovereignty over Elba whilst he was in exile there. Jansen uses this part of history to draw comparisons with her own feeling of being exiled: life as a travelling musician with dual nationality, never belonging and constantly moving. This is a record that explores Jansen's current state, takes stock, and reflects on her acquired strength and self-sufficiency.

What is most striking about the music that Jansen makes is her voice. The looped vocal intro in opener 'The Lighthouse' (an album highlight) showcases her accuracy, but it's only when the verse begins that her remarkable clarity can be fully appreciated. It's the sort of voice that could cut glass and, for the most part, is a real pleasure to listen to; she effortlessly hits every note, without fuss, frill or fake vibrato. After hearing so many artists 'ooh', 'aah', 'yeah yeah no no' and wiggle their hands around in front of their faces, it's satisfying to hear someone simply hold a note and sing it well.

There are times when her crystal clear tones, together with her (thankfully genuine) American accent and moments of pop music predictability, can sound slightly Glee; the choruses of 'Around the Sun' and 'Smalltown (Come Home)' grate after a while, and the lyrics in 'Pretty Me', although reportedly too intimate for Jansen to publicly release until now, tend towards the high school journal side of things. That said, her voice takes on a deep vulnerability in the latter song, which distracts from the cringe-inducing content of some of the words.

'Golden' is an anthemic, feel-good track which has summer sing-a-long written all over it, and 'Call to Arms', featuring Ed Harcourt, is a beautifully performed duet about the early warning signs in a failing relationship. Their voices couldn't be more different - Jansen sounds like a church bell on a clear day, Harcourt like he's smoked a few too many - but they are perfect together; the song is bravely slow, and poignantly offsets the urgency of the call being made. 'Paper Boats' begins with a dreamy a capella trio, and demonstrates Jansen's vocal dexterity, as she sings the first two verses in a half-voice, a softer version of her full belt. It's a lovely slip of a song, and sees Jansen reflecting on the impermanence of the most significant moments which "come as easy as the rain falls, come as often as a heartbeat, last as long as the snow."

There's great variety on Elba, from ephemeral, flowing piano, to brutally precise beats. Although still exploring her sense of self in terms of the lyrical content of this record, there is no fear of experimentation and no sense of self-consciousness; Jansen seems to know herself better as a musician than as a person and all that means. Regardless, there is no doubt that Elba is an accomplished record from an experienced and honest musician.

Love Songs for Our Husbands