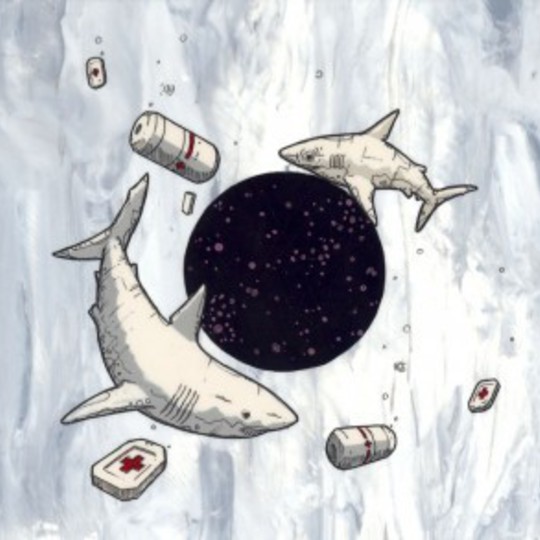 Manchester's From the Kites Of San Quentin have been bubbling just below the surface of the UK dance scene for the last few years. The trio, best known for their memorable name, vibrant live act and noteworthy (if somewhat spasmodic) release schedule, have mixed downbeat digitalism and haunting lyricism to high praise in the past.

Their last release, 2011's EP Mitochondria took in an eclectic spectrum of influences. High on quality, but low on content, it stood as a fine showcase for their glitchy soundscapes, but with only three original tracks, lacked substance. Padded out by a handful of remixes, it felt like an a tasty morsel, that didn't go far enough to satisfy.

Their latest EP, the awkwardly titled 7.83Hz:Earth Chorus, takes its name from the frequency of Earth's largest natural electromagnetic resonance. A pulse said to reverberate within the human brain in the fleeting chasm between sleep and waking life. Heady ideas and conceptual meanderings aside, this is certainly the feeling that TKOSQ are striving towards. One which peers through the portentous static and modulated rhythms of their digital fug.

'Vimana' opens the EP, clattering for your attention with gurgles and bleeps that crackle around Alison Carney's beautiful and obtuse voice. "Don't forget this beat is my heart" she pleads over waves of burbling electronica and shuddering drumlines, her falsetto piercing the sonic gloom, like a precise and blinding light. Unflinching as it surveys the darkness, while jagged melodies and dirty loops scuttle from sight.

Elsewhere, 'Fable Dark' draws you in with a mesmeric dubstep beat, its low wub-wub reverberating to fit Carney's ethereal vocals. Her voice weaving though the rise and fall of looping guitars and crashing cymbals, as the track eventually steers itself into a frenetic finale of drum n' bass. What follows is possibly their most conventional track, 'The Witch House'. Spectral hip hop beats, twitch and scratch over a driving bassline, only to shift gears midway through, as shimmering synths jostle for air in the eerie half-light.

Sadly, where the EP does fall short, much like its predecessor, is in its brevity. Whilst it doesn't skimp on original material, it is essentially four tracks, bolstered by two short segues ('III' and 'V'). Both heave admirably with ambient drone, but barely scrape the one minute mark, turning something which would be a rest-stop on a longer work, into a wasted opportunity on an already short release.

Perhaps if they'd struck a stronger balance between not wanting to overstay their welcome and short-changing the listener, they might have had more space to develop beyond their greyscale roots, as is apparent on closer and EP highlight 'Diamones'. This slow burn, built around whispers, clicks, claps and squelches, subtly draws your attention, whilst deconstructing itself from within. Only to rise in an exultant crescendo of deep-house synths that stab through pulsating drum machines. A move which finally transports TKOSQ's sound to the dancefloor, throwing off the grit of their monochrome urbanism for a few moments, in favour of throwing their hands up in the air.

There are certainly enough moments of intensity to satisfy on 7.83Hz: Earth Chorus. However, with one foot in the shadows and an eye to the heavens, you can't help but ponder what riches a broader canvas might have afforded From The Kites Of San Quentin.