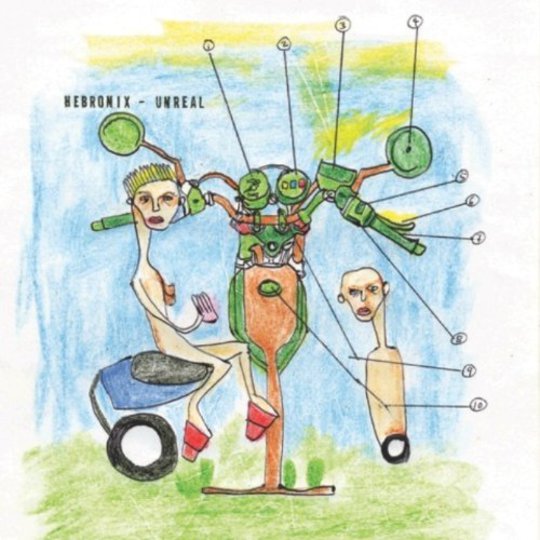 I’ve always had a soft spot for Daniel Blumberg. Having both graduated from the teenage class revolving around the All Age Concerts hub (him at the altar, me as acolyte), his fronting of tipped-for-glory twee-poppers Cajun Dance Party led me variously from school battle of the bands competitions (where they beat off the then subordinate Bombay Bicycle Club) to a headline show at King’s College – a show opened by the debut show of one Florence, minus machine.

His second attempt at a band, Yuck, mirrored a personal dive into a Nineties flipside, resulting in a souped-up spin on the grunge greats. What they lacked in subversion from their influences, they made up for in spirit, and the announcement that Blumberg was leaving the band struck many unawares.

For those in the know, however, the cracks in the singer’s focus were long established. As passionate about his art as his music, and ever-present tangential side project, Blumberg’s lackadaisical approach was summed up personally when meeting him for an interview in 2011. Constantly undermining my attempts to engage with his creative spirit, his actively stubborn persona was clearly more drawn to the bottle of whiskey on the table, the retro Space Invaders console in the corner, and telling cheese jokes*. Hebronix, then, might be seen as third time lucky. Although still clearly incapable of coming up with a non-shit name, has collaborating with Neil Hegarty of Royal Trux fame and taking a more solitary approach, resulted in refinement or rambling?

On first glance, both. Only two tracks on Unreal, Blumberg’s first foray as Hebronix, wrap up within seven minutes, and much of its hypnotic haze revolves around relaxed, two chord sequences that invest in the long-term, rather than instantly engage. It’s an album that may never have existed, as frustrated by the dulling mundanity of touring, and reproducing daily the same 'live' experience, Blumberg accepted a period of voluntary writer’s block. Only upon seeing the Japanese guitarist Keiji Haino, whose improvisatory, unstructured creativity sparked his imagination, did Blumberg begin to play music again.

Although Unreal sits several country miles from such obscurity, it is densely infused with a weird beauty that blossoms and evolves in the songs' expansive arrangements. Gone is the hyperactive fizzle of previous projects, to be replaced with a stoned listlessness that feels doubly engaging for the disinterested effortless with which it is delivered, and effects a nuanced riposte to those who called him a rip-off. To say that the record is a 'maturation' is less patronising, and more a genuine response to its depthless subtlety, as via textured tangents and measured slow-builds each track cultivates a tumultuous wave from intimate germinations. Blumberg is a man who has been all too familiar with the four walls of a recording studio since he was a boy – allowing him the freedom to more vividly render his sonic visions in the freer, unrushed capacity that they flourish in so well on this 'debut'.

Anyone with even a slight care about getting heard through three minute hit singles probably wouldn’t start with a track nearly four times that length. 'Unliving' sets the record’s tonal atmosphere perfectly – starting with the solitary trad-angst acoustic strum of Blumberg, before evolving through tense jangle, cooed harmonies, and blissed-out wordless euphoria, before cutting through the mellow wash with the satisfying squeal of a tumbling, crunching guitar line. Lyrically, it’s a opening reflective of the whole’s germination – one man retreating to his island, absconding control, and working from the bottom up.

Second single, and second track, 'Viral', is the most condensed distillation of Blumberg’s vision. Partnered with a video featuring simultaneously pretty suitable visual metaphors for the album (water, hazy, half-caught characters, deep and meaningful gazes), and some less obvious (eggs), its winding guitar lines and light orchestration provide probably the most easily accessible entry point for the album. However, the Wowee-Zowee aping, flanged-Americana of 'Wild Whim', stark delirium of title track 'Unreal', and the flute-heavy 'Garden' are equally idiosyncratic, charmingly imperfect musings from this enviably talented individual.

If its six, lengthy tracks appear slightly light in quantity, their unfolding riches more than justify their quality. For a man to whom music is only one string in his bow (he draws, and has released collections of his art), and with his long-standing immersion in the music industry, its mainstream focus is understandably skewed and jaded. Unreal's feel is of the hangover following the hedonistic romp that was Yuck – reassembling a broken self into a positive whole, and taking an auspicious step in a new direction.

*What’s the best cheese to get a bear to come out of the cupboard? Camembert.