The Weight of Your Love 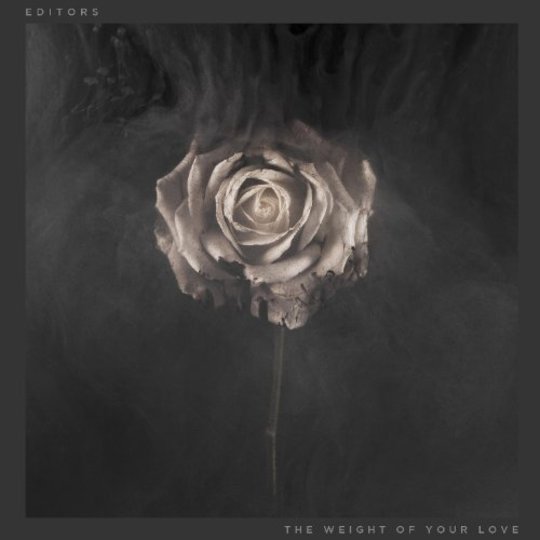 The Weight of Your Love arrives at a stark junction in Editors' career, a junction that they’ve been uncertainly peeking around since 2007. Always a band who seem to inspire a certain level of vexation amongst many, they effectively held a gun to their own heads and publically offered up the trigger with 2009’s In This Light and on This Evening, an album whose spaghetti-electronic leanings inspired much derision from many corners, despite generally being a far better record than snap-reactions portrayed it to be. But four years on, Editors face two significant problems: a need to find and define their own true identity, and a need to prove themselves as a band who can release an album that truly defines who they are and what they are.

All that said, it’s actually better if you appreciate The Weight of Your Love as a standalone modern guitar record. And when you do, there are rewards on display. Mostly absent are the throbbing electronic angles that characterised the previous record: this incarnation of Editors are sky-eyed and pining towards Eighties alternative rock territory; the bristling, wired guitars, slow-builds and fingers of vivid electronic colour filtering through layers of gloom and despondency. And for the most part, the jacket fits them. Lead single ‘A Ton of Love’ is unashamed in its debt to that decade with its flickering riff and yearning yelps (though surely more Ian(s) Astbury and McCulloch than Bono?) but contains a bound of energy behind its heels, a nagging and spirited moment of flight.

Also impressive is the mournful and affecting ‘What is This Thing Called Love’ – the closest thing Editors have ever conceived to a stadium anthem – while ‘Formaldehyde’ fondly leans towards Killers hyperbole and ‘Hyena’ waxes a sleazy sheen, gleefully polishing its hybrid riff.

But the best moments of all are found within the wicked bass and woozy, intoxicated strings of ‘Sugar’ - a magnificent and expertly unfolding track that underpins one of Tom Smith’s most memorable vocals. Indeed, Smith’s singing is one of the most impressive aspects of the album: gone are the introspective murmurs of old, replaced by full-throated exhalations, breaking falsetto and a genuine sense of a vocalist finally fitting into his own skin. But though the focus and direction of the sound has shifted, the album remains quintessentially Editors: big choruses, huge vocals, dynamics and dark horizons. And it must be said that when in terms of what they are and what they do, they remain extremely capable.

The problem is that however good the songs are, they’re never quite great or unique enough to fully define Editors on their own terms. The songwriting is solid but although their overall sonic palate has been shuffled, they remain a band largely focused on doing things with a tried-and-tested format. Which is fine but at the point where you’re expecting Editors to come out swinging in a fight for their lives, there’s little thrown in the way of a knockout punch.

Following the impressive opening sequence, ‘Honesty’ spurns momentum through striving too hard for profundity, as does the huge, yet seemingly empty pleas of ‘Nothing’. And the closing duo of ‘The Phone Book’ and ‘Bird of Prey’ offer little in the way by means of any final conclusions in a resolutely low-key climax. But the key snag of the album is in what it doesn’t say, rather than what it does. Though good, it never quite gets a firm grip on any genuine emotion, with your heartbeat taking appreciative note, but not feeling the need to alter its predetermined path or course.

Ultimately, Editors are in limbo here. Is the album luminous enough or original enough to convince the doubters that they’re a band worthy of re-exploration and re-evaluation in light of new evidence? Unlikely. Is it another well-constructed, sonically endearing and occasionally thrilling addition to a career that – while never spectacular – has stayed consistently appreciable for over nearly a decade now? Yes, it is. The key sticking points of past (plundering past troves of talent to liberally decorate their own constructions) still remain aplenty but they retain their ability to craft the odd moments of true splendour.

The pertinent remaining question is whether this perma-bridesmaid role is ever going to be fulfilling enough for Editors to sustain? Beyond The Weight of Your Love's closing strings, it’s unclear whether enough desire remains within the band for a further chapter. Without a twist or a dramatic development of the narrative, it’s questionable whether they can sustain attention for too much longer. For now, it’s just about enough.