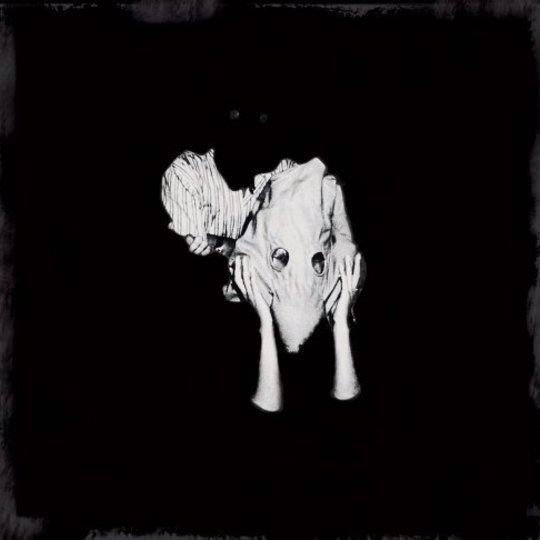 “It is true that our records have got happier and happier,” said Georg Hólm, Sigur Rós’ bassist, in a 2008 interview. “We don’t have that angst any more.” Something, it seems, has changed.

You can see it in Kveikur’s cover art, in its foreboding monochrome binary, its hooded figures recalling Abu Ghraib, the IRA and the Ku Klux Klan, centred and unanchored and unsettlingly ambiguous. It was there in January’s tour trailer, the footage blurred and heavily treated, a horror movie assemblage of shadows and low angles, of dirty yellows and sickly greens. And none who saw the band on their dates this spring could have been left with any doubt: this was a very different Sigur Rós to that which recorded 'Hoppípolla'.

That song may still have made the setlists but it was very much marooned, its music-box lullabies and brass-and-string euphorics almost jarring within a palette of sonic greys, of feedback and drum pound and near-relentless melancholy, the colour schemes a bloody red and the stage presence funereal. Quite the change from the band’s last major tour, for 2008’s Með suð í eyrum við spilum endalaust, with its paper cannons and its marching band and its unbridled, naked joy.

Sigur Rós have done brutality before, of course, with the closing pummel of 'Glósóli', the nightmarish garble of 'Di Do' and the climactic breakdown of Popplagið key amongst the tracks doing their bit for tinnitus. But Kveikur goes further than mere volume: for all its focus on the decibels it’s the space around them that leaves the mark, from the slow build of electrical-storm static that opens the album to the pitch-bent vocal gasps of 'Yfirborð' and the scratched and bleeding textures of the title track. If Sigur Rós’ music has all too often been derided as whale song then here the beast is dying, blood slicking the water and lapping towards the shadows.

It’s a welcome move from a band that seemed increasingly content making music to do aromatherapy to - that, for all their majestic, glacial beauty the ease with which their songs could accompany not just nature documentaries but also the sale of clothes in New Look suggested that something needed to change.

Perhaps it was the departure of founding member and keyboardist Kjartan Sveinsson in 2012, after which many questioned how the band could carry on: Sveinsson was, after all, the band’s only classically-trained musician, a multi-instrumentalist responsible for providing much of the depth to Sigur Rós’ sound. But whatever he added before Kveikur is more exciting for its omission: leaner and dirtier and far more focused, invigorated by its own decay.

Crucially it feels alive where last year’s Valtari, as beautiful as it is, seemed frozen: from the opening notes of 'Brennistein', guitars swelling like a warning siren, there’s the sense that this could go anywhere, that this could - whisper it - actually surprise us. And it does, repeatedly, from the dynamism of its songwriting to the ferocity of its percussion - particularly the ferocity of its percussion, the artillery shelling of 'Bláþráður', of 'Yfirborð' and 'Kveikur' itself. Over the 50-minute-runtime there’s very little respite, as though having been all but irrelevant on the last album drummer Orri Páll Dýrason is making up for lost time, fearful that Jónsi might take his sticks away again.

That’s not to say this is mere noise, of course: Kveikur is as melodic and, in places, as fragile as anything the band have released before. Album closer and sole instrumental 'Var' is a sparing assembly of piano and droning reverb, pretty yet mournful, whilst second single 'Ísjaki' soars on its chorus, catchy and emotive without being mawkish. But even here it darkens by its close, the poppy traits supplanted by a rising drone and background scratching that seeps into 'Yfirborð', windswept and cloud-wracked, its fringes haunted by séanced voices.

With Kveikur Sigur Rós seem to be shrinking from the light, away from the TV adverts and the Top Gear soundtracks, the Shia Labeouf videos and the Daily Mail articles and the Hollywood movies. And that’s a good thing: for an alternative group from Iceland that veer between their native tongue and a made-up language they were becoming all too ubiquitous, and far less interesting with it - heck, when your own webstore starts selling candles “specially developed to the band’s olfactory specifications” it’s definitely time for something new. For too long - arguably since 2005’s Takk - Sigur Rós have been making music to cry to, to make love to, to meditate or pray or wind down to, music for lonely walks or misty hikes, for sunrise and sunset and solstice, for children to sleep to and people to wake up to (disclosure: 'Hoppípolla' is my alarm tone…) - music to sift into the background, unobtrusive, a wallpaper for the postcard Iceland, beautiful but safe. Well, here’s the flipside, that long Scandinavian winter of frostbite and storms, of frozen rock and suicides, the Northern Lights cast overhead not dancing but shivering, particles undulating sinisterly against blackened skies and all the better for it.