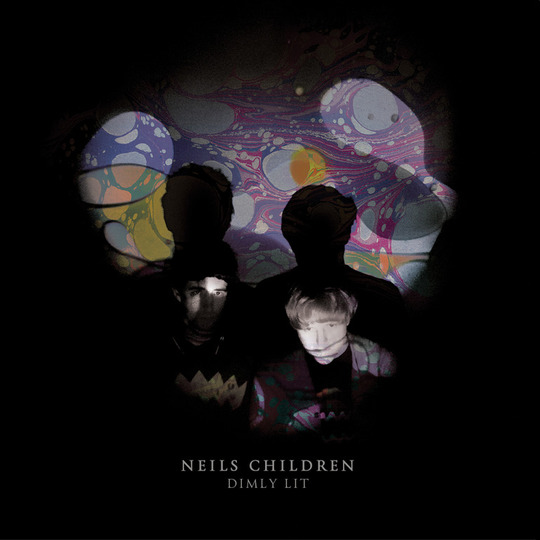 Ten years is an awful long time but in musical terms, it could almost incorporate several lifetimes. Rewind the clock back a decade and London's creative underbelly was alive and kicking with the sound of many a young upstart, seemingly buoyed on by the success of The Libertines but mostly in thrall to a sound conjured up between 1978 and 1983. The Rakes, Dogs, The Chalets, The Others, Battle, Art Brut, Neils Children... the list is endless.

That only two of those bands still remain in existence probably speaks volumes for the here today, gone tomorrow philosophy endemic in the modern era's demand for instant success. So what of those two last men standing as it were? Why are Art Brut and Neils Children still selling out 1100 capacity venues (the former) or releasing arguably their - if not one of 2013's - most ambitious, and utterly mesmerising collection of songs to date? After all, the smart money back then was surely on The Rakes, having themselves put out one of the previous decade's finest debuts.

As ever, the key to longevity is being able to stand out from the crowd without conforming to any kind of expected norm, something Art Brut do in spades. However, Neils Children always looked like indignant anomalies.

Sure, they wore some of their influences on their sleeves and on 2004's eight-song mini album Change/Return/Success wore them well for the most part, albeit in a Three Imaginary Boys kind of way. What was always more striking about Neils Children was their ability to convey something more than just bog standard post-punk. The band's name should have been a dead giveaway, somewhat insidiously aping Sixties experimentalists Johns Children, perhaps best known for having a certain Marc Bolan in their ranks once upon a time. Of course it's easy to get caught up in a scene, and that fate beset Neils Children to the point where remaining members John Linger and Brandon Jacobs called it a day amidst a half-hearted, poorly attended set at London's Offset Festival three years ago.

And yet one suspected that wouldn't be the last we'd hear of them. Debut long player X.Enc may have been largely ignored when released in 2009, buried under a sea of great releases that year from the likes of Wild Beasts, Animal Collective and The Horrors. The world had moved on, and Neils Children weren't invited to share the ride. In a way, its easy to comprehend the band's disillusionment culminating in that split some nine months into 2010. Forgotten, considered 'has beens'; or in some circles 'never weres' even. So it's to their credit that core duo Linger and Jacobs regrouped late last year, rekindled their enthusiasm with a series of live shows before heading to the mediterranean hotbed of Toulouse to write and record what would eventually end up being Dimly Lit. Unfinished business. Of course there was still one burning question; would anyone be interested in a new Neils Children record? Would anyone care even? Using the increasingly popular Pledge Music to gauge demand, the project was funded within a matter of months. And how we should thank our lucky stars that Neils Children have such a dedicated hardcore group of fans because in Dimly Lit, they've only gone and confounded their detractors once more in unleashing one of this year's finest albums.

Oozing with psychedelic influences ranging from John Barry and Roy Budd's cinematic soundscapes to the likes of The Chocolate Watch Band or Traffic up to modern day innovators Clinic, Broadcast and Stereolab. While just giving a minor glimpse into the world of Neils Children MK 2K13, Dimly Lit is one of those records that demands to be heard in its entirety. Inevitably, comparisons will be made with former tour partners The Horrors and their own 'Wow! Where the hell did that come from?' piece de resistance, Primary Colours. It's also easy to be cynical with regards to the current devouring of all things 'psych' by many music publications. Nevertheless, this is a record Neils Children have been promising to deliver for some time. Years in fact. Which makes it even more refreshing they've emerged like the proverbial phoenix from the flames with wares so wondrous to show for their labours.

Choosing to record the album in France with engineers Jean-Michel Cros and Ayumu Matsuo also proved a masterstroke, as between the four of them, they've managed to capture an emotive mix of drama, ambience and sensual melancholia. It's certainly a major departure from anything the band have recorded in the past, and yet after the deft new wave collage of X.Enc could also be considered a natural progression of sorts. Analogue synthesizers, mellotrons and swirling woodwind instruments take order of the day here rather than traditional guitar/bass/drums. Indeed, there's much reliance on distortion and reverb almost as a way of disguising such primitive sounds.

Opener 'At a Gentle Pace' introduces itself by way of a requiem signature, John Linger's vocal twisting and turning like a post-millennial descendant of Syd Barrett. Ponderously requesting "Look inside, see everything, something that will never show, something that will never grow", it's a magical mystery tour of erudite whimsy. Yet utterly beguiling all the same. Likewise 'Edward the Confessor', a trippy exercise in lysergic pop that takes Broadcast's 'Come On Lets Go' for an open air ride down Sunset Strip. Utilising echo-laden drums to maximum effect, its Jacobs who takes centre stage on the title track's foray into psychedelic big beat. "Things that change and rearrange" declares Linger by way of an epitaph for his own band's stunning metamorphosis into what stands before us.

The fast and furious three minute instrumental 'The Way the Web was Woven' picks up the pace even more. Riding along on a crest of what appears to be flute alongside a swirling keyboard driven melody, it would be the perfect soundtrack if Granny Takes a Trip gave itself a twenty-first century makeover and relaunched as the Harvey Nicholls of the psychedelic underground. "There must be more to your life than this?" asks Linger on the disconsolate 'Warm Wave' before 'Never Could Be Any Other Way' throws in more woodwind contortions for good measure. It's the pulsating 'Trust You' that acts as Dimly Lit's centre piece though, coming on like a broodier younger sibling of the 'Get Carter!' theme. Indeed both 'Trust You' and the insistent brashness of 'Telling' suggest Neils Children haven't consigned their post-punk roots to the recycle bin altogether. All the ingredients remain intact, carefully orchestrated into one salient melting pot. Closing with 'What's Held In My Hands', five-and-a-half minutes of solemn, hymn-like intensity one pictures soundtracking a celluloid funeral procession some time in the future, Dimly Lit is an insatiable journey into a world besieged by broken promises and shattered dreams.

As comebacks go it won't attract the attention bestowed on the likes of David Bowie or My Bloody Valentine, but in terms of execution, Dimly Lit is a minor revelation. Ignore at your peril.