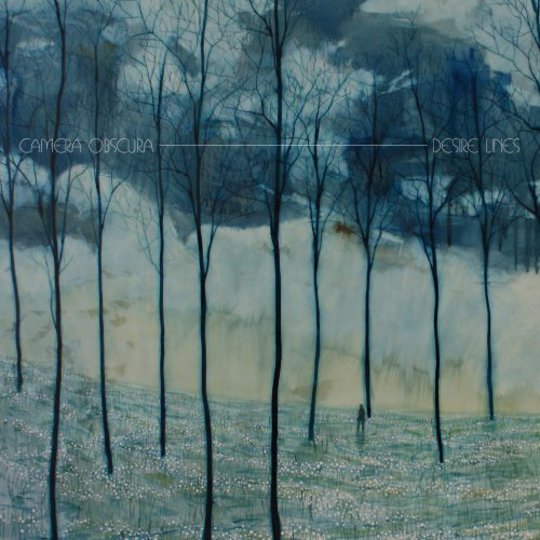 A band whose mastery of their own formula warrants almost universal praise, Camera Obscura’s latest record is no departure. Their preference for simple, well-executed pop music is one that has largely remained unchanged throughout their career; the songs themselves may have benefited from experience and maturity, but one can’t help but feel that, in essence, the Camera Obscura of today is largely the same as the one that formed in 1996.

Their naïve lyricism and innocent subject matter lend themselves perfectly to both slow balladry and upbeat, sunny pop. And the frankness of the lyrics makes for a certain originality which is rare in the tried and tested genre of twee indie - a genre which rarely benefits from the glistening production and varied instrumentation that Camera Obscura enjoy. The result is a band that are a cut above their contemporaries, one whose repertoire deserves far more recognition than it has so far garnered, so here goes: along with Let’s Get Out Of This Country and My Maudlin Career, Desire Lines now completes a trilogy of three of the best indie pop records ever.

Consistent from the off, Desire Lines bears witness to a band that sound at ease with themselves; walking the line between their own DIY, ‘indie’ ethos and polished, luxurious pop. Each track is layered with interest, the instruments subtly interweaving with one another to create music that is somehow both complex and simplistic. This, coupled with Tracyanne Campbell’s excellent vocal, makes for a consistently concise, effective and moving record.

Songs such as ‘Break It To You Gently’ and ‘I Missed Your Party’ are at the forefront of the upbeat numbers on this record; the former’s ghostly yet uplifting keyboards and the latter’s lilting beat and guitar arpeggios making for beautifully diverse yet straightforward songcraft. Conversely, ‘New Year’s Resolution’s confessional nature anchors it firmly into the more morose side of pop music- with lyrics concerning a desire to “write something of value” showing a self-deprecating yet universal wish to do something worthwhile in life.

And it is in this somewhat self-deprecating nature of the band that lies the charm. Camera Obscura never seem arrogant or even satisfied with their songs or lives - somehow managing to avoid any sort of whinging tone at the same time. For want of a better term, there is a certain tastefulness to this record that is achieved by its potent, thoughtful lyrics that never seem stale or badly written. Thoughtful and sardonic, this band have once again showed themselves to be one of Glasgow’s great bands, and this record is another perfect gem in their catalogue. This is pop music with a real soul to it, and Camera Obscura have bared it magnificently.