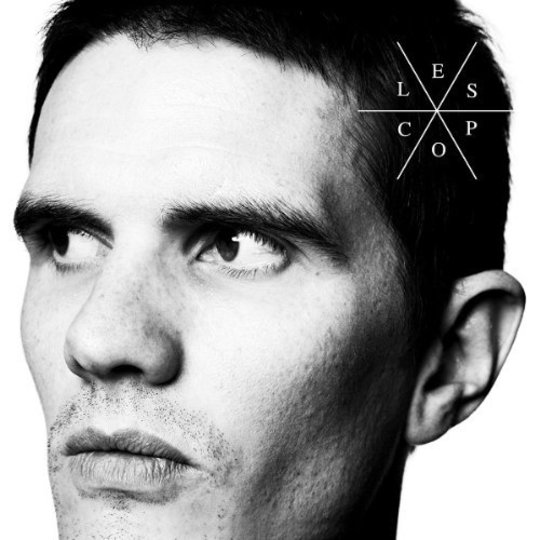 Whether it’s due to our weak linguistic skills or perhaps the sheer quantity (and undeniable quality) of our mother tongue’s musical output, the British don’t usually experiment much with non-English language bands. The rest of Europe cheerfully listens to anything with a good tune, but over here successful non-English acts have been relatively few and far between, with Sigur Rós, that ‘Numa Numa’ song and Rammstein the exceptions rather than the rule. Maybe it’s a result of all those Eurovision embarrassments. Whatever the reason, it’s a tradition worth breaking for Lescop, a French singer/producer whose work echoes the cool restraint of the xx and the glossy, dark electro-pop of the Drive soundtrack.

Certainly, listening to his debut without understanding the lyrics will take something away from the experience. With fewer plosives than English as well as more unconscious connotations than a train speeding into a tunnel, French has an undeniably romantic association for English speakers – but Lescop isn’t just singing sweet nothings about pamplemousses or going to la piscine.

Over his cold wave disco, he tackles everything from love to punk to Jesse Owens. And thanks to that Thierry Henry advert, it all sounds fantastically sensuous and deep. On ‘Tokyo, La Nuit’, he deadpans “Tokyo, la nuit. Le doubte, la crainte, l’ennui. Tokyo tu vis, dans la mort, le sang, le bruit“ – meaning 'Tokyo at night. Doubt, fear, ennui. Tokyo you live, in death, blood, noise'. Whilst it obviously sounds better with a Gallic lilt and a rhyme scheme, that’s a representative sample of both Lescop’s lyrical content and the entire album’s atmosphere – following the lead of the Cure and Joy Division, Lescop consistently achieves a beautiful melancholy, both musically and lyrically, but never forgets to keep his listeners dancing.

Undoubtedly this is serious music – you can dance, but Lescop also wants you to think. As with Daft Punk’s endless spiel about humans being robots and vice versa, he isn’t above pseudo-philosophy, stating “we want our pop to be bipolar; we fight against musical boredom, it's a controlled chaos, a love story”. And while there’s little sign of the chaos, it’s certainly controlled. Almost invariably, the songs are propelled by metronomic bass pulses, before the chilling synths and Lescop’s assured vocals kick in. It’s cinematic and urgent, but without the lack of depth that could so easily be present. From the soaring, motorway-at-night tension of ‘La Nuit Américaine’ to the 80s noir of ‘Ljubljana’ and the creeping paranoia turned darkest disco of ‘Le Mal Mon Ange’, it’s an impressive debut all round. Though it never truly approaches the dark, opulent glory of Kavinsky’s ‘Nightcall’, Lescop has a thinner, more analogue sound – there’s more than a hint of Placebo-style dark alt.pop here. Had he actually soundtracked Drive, Gosling would have stopped and thought about all those people he was killing, and probably talked about his feelings a whole lot more.

Though the “I don’t like films with subtitles” crowd will doubtless make their excuses, Lescop remains an extremely easy album to get into, with the only downside being that the constant French can lull you into not giving each song your full attention. Turn out the lights, drag angstily on your Gauloise and dance your most serious dance – vive la vague de froide.