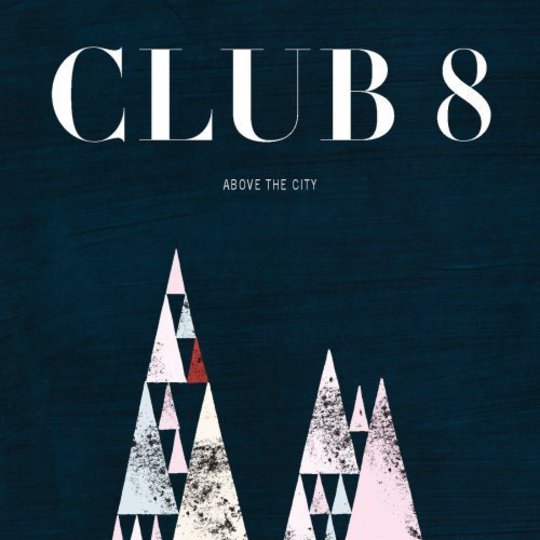 It has to be said that Labrador Records founder and Club 8 member Johan Angergård has an ear for taking the twee melancholia that bleeds from his homeland of Sweden and finding bands that offer intriguing, gorgeous filters through which to pour this anguish. Be it the shoegaze indie of the Radio Dept, the Belle & Sebastian-influenced story-telling of the Acid House Kings (to which Johan also contributes) or, in this case, the Robyn strutting electro pop of Club 8, anyone with a hungry heart must surely have held hands with a Labrador release at some point.

But this is not a one-trick stable or a Robyn homage, not at all. Above the City could be a lost Robyn album but it would be her side step. The moment she went twee electro, as opposed to S&M, leather and Adidas funk. Lead by Karolina Komstedt’s bitter sweet vocals, Above the City offers gust-blown floral pattern dresses, memories of the smell of sun cream and harmonies over the pulsing beats of the keyboard lines.

It opens with the lead single 'Stop Taking My Time’, which sounds like the decrees of an ice-maiden but offers an impassioned plea. It has that classic Kleerup sound where the banks of keyboards roll like a symphony. The chorus scratches and itches with anxiety and the middle eight provides a tangent for all those who can’t speak Swedish, as a child spiels out in spoken word something about his gran.

Nothing really gets as clinical as ‘Stop Making My Time’. ‘You Could Be Anybody’ has the laid back lazy beats of chill out music but is cloaked with xylophones and ‘Run’ has a huge, huge, chorus but it romps along with a dusk infused Camera Obscura feel. Above the City as an album flits between night and day, it sets its night adventures in the stylised bars of Stockholm and its daytime escapades on the solitary shores of the country's small summer holiday towns.

‘Hot Sun’ is an energy-zapped song, reeling from a bit too much UV. It seems every Swedish album (or more accurately every good Swedish album) has to have at least one song about meeting a party. Eight albums in, you’re still never too old to face lock at a party. A slow drum shuffle underpins sparse wood sticks and the occasional push of a small keyboard line or guitar trill. It’s sleepy and peaceful in recounting a relationship.

Club 8 have created an album that sounds like summer - it sounds like a fucking great summer. Tender but bold and with an array of melodies that strike straight at the heart, it has all the ingredients of a classic Swedish pop album. Bravo.