Trouble Will Find Me 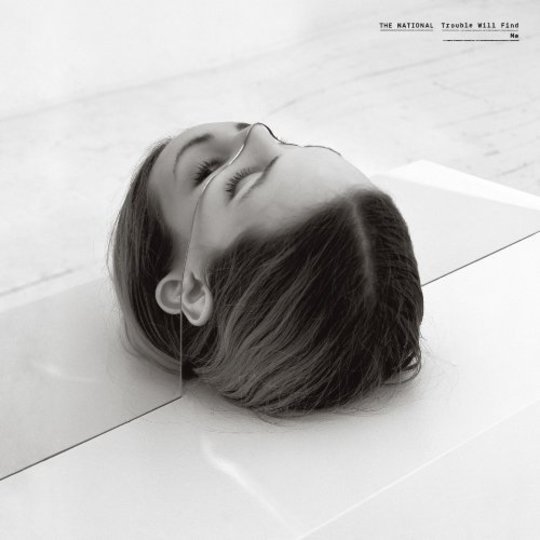 That distant mooing and hint of beef in the air heralds the coming of indie rock’s latest sacred cows. After years of slog, The National are currently enjoying the type of reverence previously bestowed upon the holy and sacrosanct Arcade Fire (what’s known in the trade as 'beatification by Pitchfork'), and sharing a spell of 'good-on-them' respect with the likes of Elbow that only ascension through hard work and consistency can bring. They’re a good band, made good - and in these cynical times of reality TV flash-in-the-pans and viral video smashes that’s always an attractive position to the muso mindset.

It does mean a lot of people can’t wait to tell you how brilliant this record is. That’s one of the problems with Trouble Will Find Me, a substantial portion of the listening public have already decided it’s the album of the year, and it’s not even out yet. Such is the critical mass of blogger adoration behind The National they’d have to put out something truly stinky to get anything other than wall-to-wall accolades, and as with Arcade Fire’s The Suburbs or any new Radiohead album it will be a few years before an objective critical consensus is reached.

Here’s the deal - Trouble Will Find Me is quite good. In places it’s very good and viewed individually most of the songs are very, very good. Taken together though, they rather cancel one another out. Curiously Trouble Will Find Me is a collection of 8/10 and 9/10 songs that come together to form a 7/10 album, like a sort reverse Power Rangers of winsome melancholy. Individually each song feels like a beautifully wrought, quiet gem. ‘Demons’s subtle darkness, ‘Sea Of Love’s sad, insistent hammering, the Cure/Interpol-ish spacey pop of ‘Graceless’... they’re all beautiful, full of space and melody, everything placed just so. But seen as a whole they do tend to run together, like so much paint. It’s rare songs this well imagined can create an album that is less than the sum of its parts.

The National create music that requires attention, full of real heart and also full of detail. As a band they’ve always known how to pull the meaningful out of the minimal, and Trouble Will Find Me pulls the trick often. The wonderful ‘Pink Rabbits’ uses surprisingly few distinct sounds, yet has an emotional weight that pulverises most proper ballads, weaving Matt Beringer’s lost-soul lyrics (”You didn’t see me, I was falling apart/I was a television version of a person with a broken heart”) with a simple piano and clackety-clack beat. ‘This Is The Last Time’ in other hands would explode into something epic and Coldplay shaped - in the hands of The National it’s more circular, warmer and sadder, its poppy beat offset by cellos and double bass. It’s music you can sink into.

The problem comes when you put it all together. Listening to 55 minutes of subtle baritone pop makes it surprisingly hard to sink between the layers - instead you float on top of them, wafting from one song to the next, lost in the tones but not always appreciating each on its own merits. It’s a criticism you’ve always been able to level at the National to some extent, but here it feels like a genuine barrier to full enjoyment.

Such albums always reward persistence, and it may be that the consensus will eventually find favour with Trouble Will Find Me. For now though, as an album, as a piece of art, it’s beautifully painted but the colour palette needs to expand substantially.