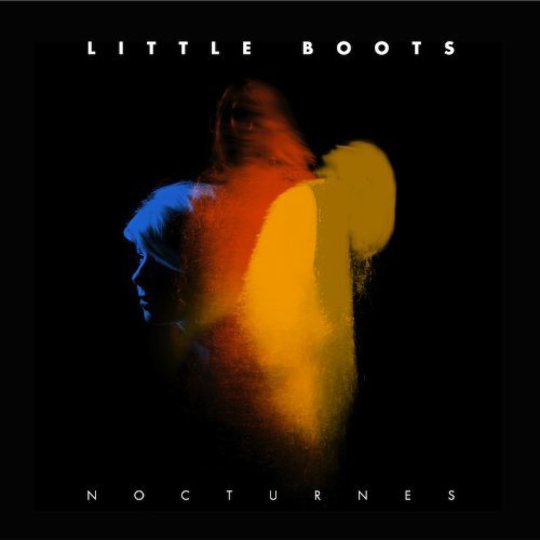 Little Boots operates in an unusual part of the musical landscape: not famous or extrovert enough to challenge a Gaga or Rihanna, not lauded or 'indie' enough to be taken as seriously as a Phoenix or alt-j. Yet like Annie or a modern day St. Etienne, she shares so many of all of those artists' traits that she ought to appeal to a huge demographic.

Nocturnes should go a long way to making this a reality. It's more stripped back than her 2009 debut and with far simpler production, something she pushed for herself. Tim Goldsworthy from DFA oversees the entire record and the combination of his minimal sensibilities and the experience Victoria Hesketh garnered from recent DJing stints has created an altogether more coherent record.

It also has a central theme to much of it: nighttime. You get the lot thematically: fragile dreams of running away from everything ('Motorway'); dancefloor flirting (Beat beat), how petty arguments escalate into huge rows ('Crescendo') and couples becoming so distant that they need a reboot ('Strangers'). Many of these tales have been told before in the world of pop, but rarely with so much subtlety and class.

All of the aforementioned are outstanding and employ clever tricks to echo the content. 'Motorway' builds up over an incessant rumble strips-esque spine getting more energetic as the protagonists get further from home. 'Strangers' wouldn't be amiss on an LCD Soundsystem record such is its unveiling, moody minimalism. Whereas 'Crescendo' does exactly what it ought to, increasing in layered noise every time one of it's epic choruses comes around.

There's plenty of interesting stuff going on throughout. 'Shake' is an understated anthem that perfectly encapsulates nightlife, 'All for you' is an electronic, bare-bones admission of selflessness, 'Satellites' is a summer hit waiting to happen (though it doesn't sit well as an album closer) and 'Confusion' overlays her own vocals in a way that makes it hard to make out certain lines and - quite literally - adds confusion.

On recent single 'Broken Record', she manages to even be a bit cocky, self-referencing her earlier work: "Thought you were out of my mind / Instead you're stuck on repeat". It's a line that coincidentally summarises Nocturnes is as an album.