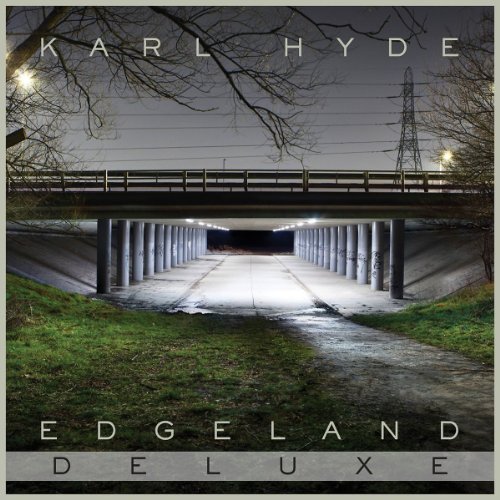 Without doubt one of the strongest records the Romford wordsmith has been involved with for years.»

Having worked with Leo Abrahams on the Brian Eno led Pure Scenius project, Karl Hyde has once again collaborated with him on 'Edgeland', a deliberately more spontaneous and organic project compared to his work with Underworld. The album was lyrically and conceptually inspired by the city's hinterlands and hidden corners. Available on CD, CD Deluxe Edition and Double LP the 9-track album was co-produced with Leo Abrahams and recorded over the past 12-months. The Deluxe Edition contains 4 bonus tracks plus the hour-long original film 'Edgeland', a conceptual piece shot in and around London's 'Edglelands' by Karl Hyde and acclaimed director Kieran Evans.
description from www.roughtrade.com