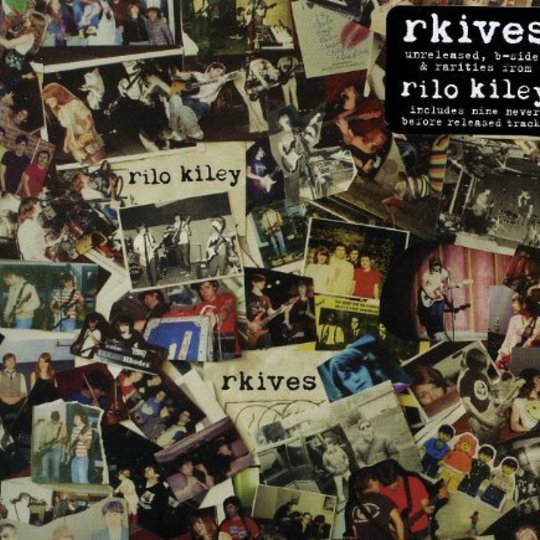 A few weeks ago I read about the Strokes’ video to their single ‘All the Time’ on Stereogum, a reel of clips that takes in video shoots, stints on the road and general hanging out from throughout the band’s career, and how it serves to remind the viewer of their chemistry, friendship and the clear affection they hold for each other.

Being part of a internationally touring, successful indie-rock band can’t be fun and games all the time, but archival videos like this one (and this one and this one) are as insightful for fans as they must be heartening for their subjects. They illustrate the collective nature of the enterprise; that the feeling this particular group of people generate led to something larger and more exhilarating than they could have imagined.

The video for ‘All the Time’ is poignant, though, in that somewhere along the line, inter-band relationships frayed so seriously that Julian Casablancas recorded his vocal tracks for 2011’s Angles in complete isolation from the rest of the group. This is nothing new, of course. Music has long-resulted in creative partnerships coming apart at the seams; friendships and relationships irrevocably altered or lost altogether.

This is all a fairly long-winded way of saying that the video for Rilo Kiley’s ‘Let Me Back In’, consisting of footage shot by the band on tour and a bunch of fan-solicited videos, is - especially when you take into account the fact that singer Jenny Lewis and guitarist Blake Sennett were together for a while, and then set it against comments made by the latter in a couple of interviews from 2011 - exceptionally bittersweet stuff.

A heartfelt, whimsical ode to the group’s hometown of Los Angeles, the song is replete with lovely images and sparkling turns from Lewis and Sennett on vocals and acoustic guitar respectively. It was also the first taste of the officially disbanded act’s rkives collection, released on bassist Pierre de Reeder’s Little Record Company, which aims to pick up some of the pieces following 2007’s disappointing Under the Blacklight, and act as a swansong for a band that sorely deserves one.

The great thing about rkives, though, is that as much as it constitutes an absolute boon for long-time fans, it works as a fine introduction to the band on its own merit - and it is surely not often that can be said about a collection of rare and unreleased songs. Not that is flawless by any means, but there is enough wry humour and emotional weight on display here to underline the fact that for their eight or nine years as a going concern, Rilo Kiley shared a very special alchemy indeed, and one that drew from an increasingly diverse creative well.

As much as these different styles are evidenced throughout rkives, however, the band’s formidable tightness as a unit (Jason Boesel rounded out the quartet on drums) coupled with Lewis’s distinctive, powerful vocal turns ensures that the band rarely fail to convince. There is almost always a thread here that is uniquely their own.

As such, the soulful, gospel-inflected ‘Draggin’ Around’ is a winner, anchored by Lewis’s commanding performance and the clear affection for the genre her bandmates lavish on the song, while offerings like ‘It’ll Get You There’, ‘Emotional’ and ‘Patiently’ demonstrate that when they got on with the business of crafting straight-up gleaming indie-rock, few did it so effectively. ‘I Remember You’ is even better, finding Lewis trade lines with Benji Hughes as they relate an old-school romance at once giddy and genuinely joyful, and all the more effective given the band’s default mode often erred more toward the sharp and incisive.

Pushing seven minutes, ‘A Town Called Luckey’ is the longest thing on here, a surprising diversion into more angular, jagged rock music - or not that surprising a diversion, perhaps, taking into account some of the textures and sounds that informed Sennett’s playing on the band’s 2001 debut Take-Offs and Landings, not to mention Lewis’s work on Cursive’s The Ugly Organ a couple of years later. The biggest anomaly by a considerable margin is the Zondo remix of ...Blacklight cut ‘Dejalo’, which features a funny/excruciating guest spot from Too $hort and comes off spick, span and ultimately a little hollow. (It might not boast the novelty of a West Coast rap icon, but the mighty ‘Jenny, You’re Barely Alive’ would surely have made for a worthier inclusion here.)

rkives closes by circling back to the band’s beginnings with ‘The Frug’, the first song on their 1999 EP Initial Friend. It is both endearingly playful and suggestive of a darker undertone (that Lewis is incapable of entering into a serious relationship), and like the rest of Rilo Kiley’s early material, it hints at the fearlessness present throughout 2002’s The Execution of All Things and 2004’s More Adventurous, when the band barely put a foot wrong.

Whether espousing unity (‘With Arms Outstretched’) or facing down severe depression (‘A Better Son/Daughter’), eulogising their friend Elliott Smith (‘Ripchord’, ‘It Just Is’) or recalling the seductive melancholy of American writers like Raymond Carver and Richard Ford (‘The Absence of God’, ‘A Man/Me/Then Jim’), when Rilo Kiley were on, they were really fucking on. rkives, just like that video for ‘Let Me Back In’, functions as a beautiful document of and touching epilogue to their brilliant run.