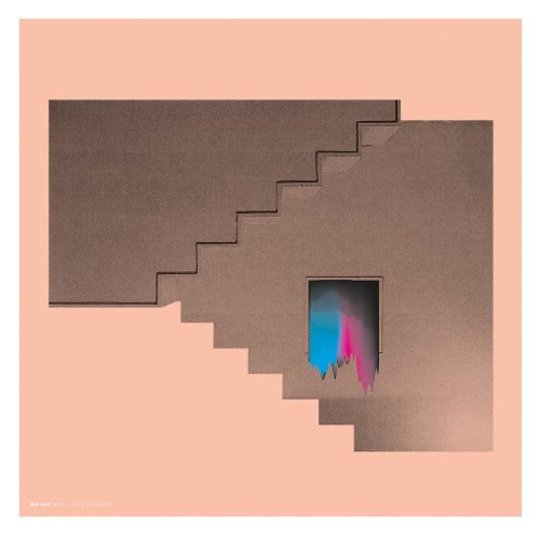 Deferred gratification is a truism of creativity, ingrained in almost every artist’s DNA; traditionally there are no shortcuts to success. As a band you’re meant to meet and bond, cobble a set together, buy gear (musical and, um, often the other sort), play fleapits, learn to actually play, record demos, support better bands, shlep around in a van, have fun. You pay your dues. The promise of success is forever tantalizing - that A&R guy might make it to the gig; your grubby home demo might be passed to a manager, even a DJ. The break could happen at any moment, making the wait worthwhile.

Yet technology now makes that path an anachronism. Laura Lloyd and Jasamine White-Gluz, the core members of No Joy, collaborated in 2009 despite the small matter of being 2500 miles apart, in Montreal and LA respectively. Emailing each other material and meeting to occasionally gig, the band was in its infancy when Bethany Cosentino of Best Coast lauded them as 'the best band ever' on Twitter. Cue blogosphere buzz. Within a year - before many bands own more than a handful of guitar pedals - they found themselves signed, their rush-recorded, shoegaze-indebted debut Ghost Blonde making waves.

Wait to Pleasure’s title coyly hints at both paths. It could be endorsing the DIY ethic, wishing it had replaced a meteoric rise, or it can read as a snarky denial of old ways; why slog when technology is triumphantly efficient? It encapsulates No Joy’s attempts to balance resolve and reward on a solid, often beguiling second record.

Their sound is still steeped in the head-down gauze and shade of MBV et al, one long associated with introspection - shoegaze was, after all, clumsily but suitably named. Still, the way that ‘E’ kicks the album off and throws open the floodgates is surprisingly refreshing. A banshee wail of feedback ushers in the song’s rolling maul, scuzz bass underpinning piles and piles and piles of guitars. Just as you think it’s reached critical mass, more fissures of noise open while a languid, dead-eyed vocal, the album’s staple, coos against the squall. It’s quite a gambit, being a climactic 'look-at-me' closer - the album’s longest song - at the start. It’s immediately arresting, a roiling catharsis - maybe one exorcising the demons of earlier aborted recordings, an album’s worth of material scuppered by an unsatisfied band strung out by quick success.

When they were rudderless their label stepped in, offering a fortnight’s solace at a Brooklyn studio where intense sessions saw flesh added to skeletal ideas. This informs the rest of the record - amps are mostly dialled down from 11, the studio instead the tool used to spectrally explore influences. It’s difficult to avoid thoughts of The Cocteau Twins on ‘Lunar Phobia’ and ‘Hare Tarot Lines’, coiling bass and chiming guitars providing the updrafts for soaring, echo chamber vocals. More unexpectedly, the band tease boundaries in ‘Blue Neck Riviera’, melding the whip-snap of a drum machine with the quiet blistered guitar that’s the calling card of The XX (filched from Young Marble Giants), transcending influences into something coolly fractured and inventive.

However, the record plays a dangerous game. Introspection has its place, but a reliance on studio trickery can foster self-sabotage; a child distracted by having too many toys to play with. Constant sonic exploration can lead to a game of one-upmanship at the expense of songcraft and that’s the case here too often. That the blissful textures are affecting is undeniable, but they suggest emotion rather than conveying an urgent, human empathy. The exception is ‘Slug Night’, a standout that injects a healthy dose of wide-eyed drama, piling into dynamic shifts with a more impassioned vocal front and centre.

Wait to Pleasure is a break for sonic maturity, retaining No Joy's signature narcotic ruts of sound. With the art of studio recording mastered at the first attempt - no mean feat - the record’s a technical success. However, no amount of knob-twiddling can mask the fact that the songs are quickly burnished ideas - the record loses its way a touch over its second half, ultimately lacking the songwriting craft to deliver emotional gratification, though it’s naggingly close.