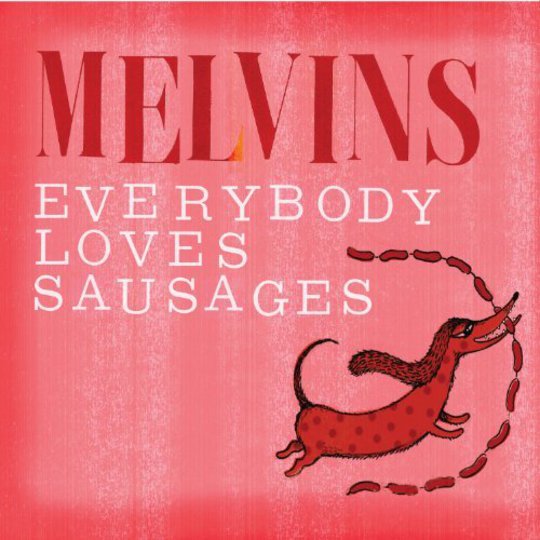 Mr Ben walked into his favourite shop, the most special shop in the whole wide world. The secret of Mr Ben’s life, his play room. Inside the familiar odd little man in the fez - Mr Ben was never quite able to work out where he was from - grinned at him, smoothing his moustache, his eyes bright. They both knew what came next. They lived for it. 'Something special today, my friend' he said, taking out a tiny, hinged box. 'What is it?' said Mr Ben, nervous but excited. He flipped open the lid, a golden glow lit up his face. 'This', said the man, trembling slightly, 'this... is the moustache of Freddie Mercury'. Mr Ben’s face split into a grin. 'Do you have the vest to go with it?'. 'Head right this way, my friend' said the man “Right this way”. Mr Ben turned towards the door, the special door, the door to adventure. He stepped forward and strutted

And that’s what covers albums are. They’re costumes, hats, coats - a chance for a band to be someone else, to try on a new style while revealing and celebrating something about themselves. Cover versions are Mr Ben, escaping the humdrum of his life and being someone else. They’re funny old things. You never know how seriously to take them, they’re private mixtapes, always a bit patchy and a direct route into their creators brain space which you suspect is done as much to entertain the band as it is the audience. But that’s okay because The Melvins are a funny old band, as likely to confound with weird noises and art pop as they are to pack their sludgy proto-grunge wallop. There’s always been something a bit tongue in cheek about them too, with their preoccupations with Kiss and the Wizard of Oz. This is, after all, a band who chose -all those years ago- to call themselves ‘The Melvins’. Perhaps the weirdest aspect of the whole enterprise is that it’s taken them 20 years to collar a bunch of mates and actually make a covers record.

In many ways the constant desire to be awkward, show their working and try on as many hats as possible makes Everybody Loves Sausages an almost definitive Melvins album, showing more of Buzz Ozbourne’s personality than two decades of original material, and like many covers records sometimes it’s very good and sometimes it misses the mark quite spectacularly, but crucially always has fun doing so.

On the thumbs-up end there’s a dizzying take on Bowie’s ‘Station To Station’, 11 minutes of hugely satisfying metallic pop that manages to keep something of the Thin White Duke’s original and fuse it to gonzo Melvinisms; the Jam’s ‘Art School’ is reinvented as a beery, and rather joyful nod to Eighties Oi! complete with mockney accents, there’s a wonderful, sickly take on Throbbing Gristle’s ‘Heathen Earth’, and a brilliantly doomy version of Roxy Music’s ‘In Every Dreamhouse a Heartache’ with vocals from Jello Biafra that goes into a bonzo grunge meltdown at the midpoint. It’s genuinely ace.

Then there’s the throwaways. A chip-tune version of Queen’s ‘You’re My Best Friend’ sticks close to the original and feels a wee bit naff, Ram Jam’s ‘Black Betty’ is...well, it’s a faithful version of ‘Black Betty’, it’s more than just a wee bit naff. The fact they frontload the album with most of the least satisfying tracks means like most mix tapes you need to persevere to find the gems. An odd little journey, but one worth making.