In Guards We Trust 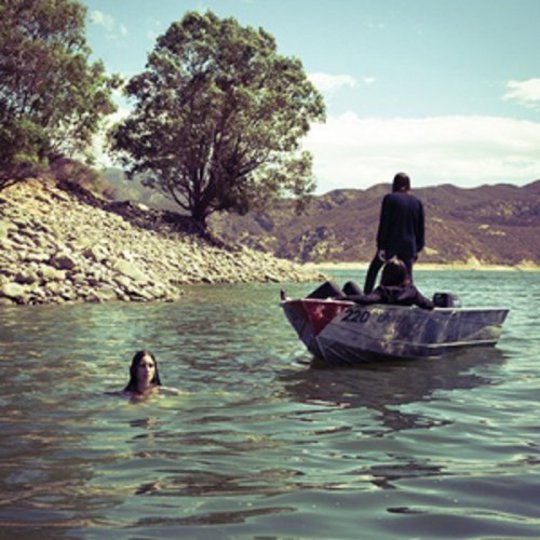 The first time I heard Guards I was drinking Lone Star at the back of some grubby SXSW courtyard – the sun shining down, blistering my English flesh, as people around me splintered into a dozen separate conversations about Justin Timberlake. It was only a few songs in that I realized how much I was enjoying the music coming from the stage. A voice next to me shouted, 'she sounds like Debbie Harry' and I moved in for a closer look to find that this Californian indie trap were actually fronted by a dude, and was won over on the spot. As luck would have it the new record In Guards We Trust landed on my electronic doormat as the British weather stopped being such a dick, and within two tracks sounded like the perfect soundtrack to an idealised summer that we’re probably never going to get.

Guards are one of those bands that sound great in the sunshine, with a cloak of hazy afternoon drunk to keep your shoulders warm and chin up. They’re so familiar that you’d have to punish yourself for taking it too seriously though - like many other modern West Coast bands they’re purely a collection of records you love, left on a pub terrace in the heat until they’re warped and obscure enough to be considered interesting. However they’re definitely not without their own ideas: someone thing they make very evident on tracks like ‘I Know It’s You’ is how textured the album is. While somebody like The History of Apple Pie gingerly take your hand, Guards will rush ahead, maybe squatting on a nice melody before boiling into an insane choral riff barely a few beats later.

There’s a blurry wistfulness to songs like ‘Ready To Go’ and ‘Dreaming Out’, but a kind of drunken Camden-esque chaos you’d expect from the wave of greasy-haired bands that have come out of North London in the past few years. Something volatile but innocent. Something passionate to match the core charm. That cavalcade of sleepy uproar is really felt on ‘Coming True’ as a controlled verse is spun around at a hundred miles an hour of dizzying finger-in-the-air pointing, and left to gargle on the carpet.

A few tracks towards the end of In Guards We Trust will maybe sound better once you’ve fully absorbed the single fodder of the record, but the psychedelic moments of ‘Your Man’ just don’t hit the spot for me as they may for fans of later MGMT noise. Generally though the album is a nicely vague idea of summer that most people would like.

Calling from the Stars