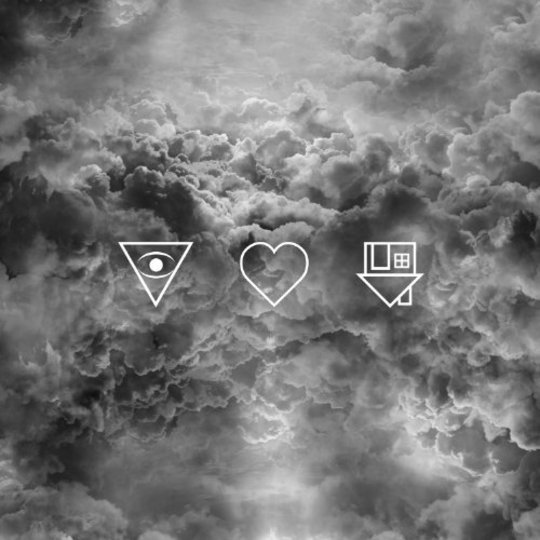 Historically, the combination of rap and guitars has had a low success rate. For every Beastie Boys, there are many, many more Limp Bizkits and Linkin Parks. Latest in the long line of those forging indie-hop are The Neighbourhood, though despite their lofty visions and unorthodox genre-merging, they’re really more of a pop band than anything else.

Something of a buzz band, with debut EP I’m Sorry receiving widespread recognition across the blogosphere, the Neighbourhood are nonetheless clearly aiming for mainstream success. This is shiny happy pop music with something for everyone, polished and catchy, but meaningless. From their British orthography to their monochrome Tumblr-friendly imagery and carefully orchestrated 'mysterious' internet launch, they are to all intensive purposes a carefully marketed boy band, superficially combining indie and hip-hop influences with a touch of emo grunge thrown in, but always setting up camp under the all-embracing banner of early teen-targeting pop.

Opener ‘Afraid’ crystallises everything that is good and bad about I Love You. A slow, angsty indie melody plays over a fat hip-hop beat as Jesse Rutherford delivers his rhythmic, singing-rapping vocals. Comparable to one-hit wonder Flobots’ ‘Handlebars’, it’s slick, well produced, and fairly appealing. Listen closer though, and the appallingly emo lyrics will wear down the initial attraction; “It hurts but I won’t fight you / you suck anyway / you make me wanna die” is one reasonably representative (and oft repeated) example. As Evanescence were to metal and Sum 41 to punk, so are The Neighbourhood to alternative hip-hop. Easily accessible, with enough angst for early teens and everything challenging cut out; it serves as a simple, easy introduction to the genre’s basic ideas. It’s perfectly acceptable, unrevolutionary, and of course, entirely inauthentic. ‘Afraid’ even features a serious, hushed breakdown, the Neighbourhood's version of that slow, quiet section of ‘Fat Lip’ that used to seem so poignant – but back then we didn’t know that Deryck Whibley would go on to marry Avril Lavigne.

Lyrically, the album only deteriorates into further embarrassment. ‘Float’ sees the half-baked antiestablishment metaphor at its weakest, so adolescent-angst dripping that even Rutherford’s slick Cali tones can’t retrieve it - "They show you how to swim / Then they throw you in the deep end". The somewhat psychedelic ‘How’ brings hopes of a late-stage change up, but it’s back to the formula as the vocals kick in: "How could you question God’s existence / when you question God himself / Why would you ask for God’s assistance / if you wouldn’t take the help?" – hold me, Christian indie-rock-rap has landed.

After the EPs, this is a huge disappointment. ‘Sweater Weather’, probably the Neighbourhood's most well-known track prior to I Love You is left to close the album – but it can’t undo what’s come before it. Because its subject matter goes no further than California and sex, it’s far more successful than the confused striving-for-profundity that confounds many of its companion tracks. It’s hard to go wrong when California’s your muse (see Phantom Planet, Best Coast, Katy Perry). Lyrically inane, musically unoriginal, and carefully produced in a think-tank, they’re a marketing man’s wet dream, but they are unlikely to be yours.