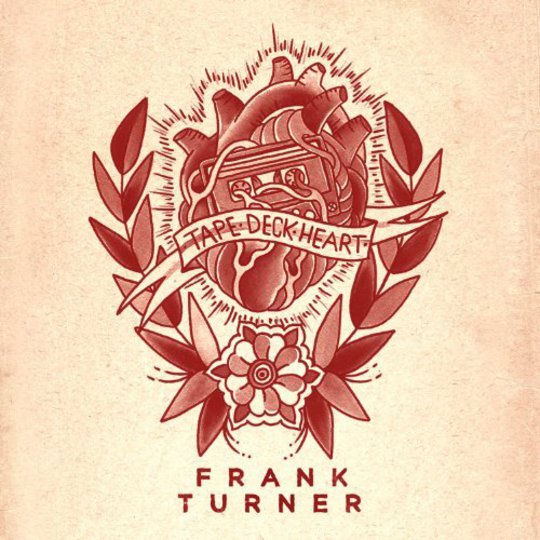 Whether you like him or not, you can’t knock Frank Turner’s work ethic. Rising from the ashes of Million Dead and playing gigs for years way below the toilet circuit, his ascent to playing the Olympic opening ceremony and headlining Wembley Arena has actually been a remarkably subtle transition considering his achievements - there was no sudden breakthrough or overnight success, just a steady, efficient rise bolstered by Turner’s own determination and uncompromising attitude to his music.

It is this uncompromising ethos that has gained him such a fanatical following and notable success. Frank Turner sings of unpretentious matters in an accessible style, his songs are rabble-rousing, infectious singalongs which are a curious and unique mix of American and English styles: half NOFX, half Billy Bragg, often adopting an American style of punk combined with subject matter that reflects his own upbringing, earning his musical bones and staunch disregard for what is ‘cool’.

The mid point track (and free Christmas single) ‘Four Simple Words’ is Turner in overdrive - pushing his message to unprecedented heights as he sings of sleeping on floors, ‘punk rock shows’ and heaps scorn on his contemporaries, namely bands who are “lacklustre scenesters from Shoreditch”. This is the most punk he has ever sounded, the piano intro giving way to a furious 'Oi! Oi Oi!' which announces the immenant manifesto. Similarly, opener ‘Recovery’ features typical Turner lines about hangovers, headaches and hedonism; hardly pushing the boundaries (either music’s or his own) but undoubtedly enjoying himself hugely and entertaining his fans equally.

Some of the tracks here are somewhat lumpen, the lyrics all preachings to the choir which can feel at once self-indulgent and pandering. However, punk credentials are a main pull of his act and singing about them is even more so; this is not a record for the fair-weather Frank fan, rather one in which he sticks to his story with the stubbornness of a mule.

However, the opinions of journalists don’t have a great deal of influence over Frank Turner, instead they add more fire to his already molten belly; his music is often the better for this. As such, on Tape Deck Heart, we see a Frank Turner of extremes, he is at his most resilient, most opinionated and most human. He may stick to his usual spiel, but he and his fans wouldn’t have it any other way.