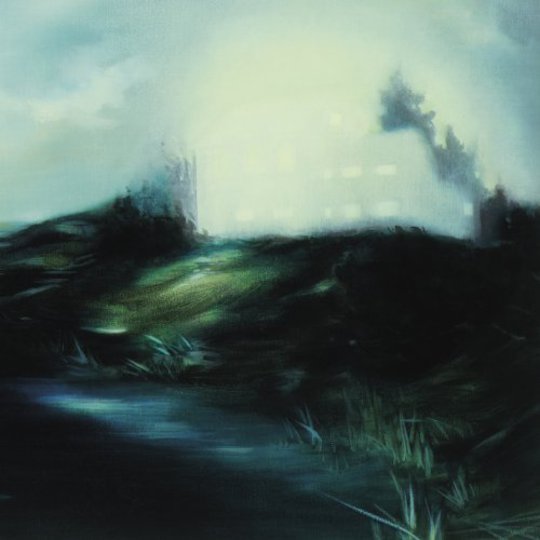 So, what can we expect with their latest album, and its impenetrable title? Well, that doesn’t give much away, but opener ‘46 Satires’ gives a decent representation of what’s to follow. Over a slowly unfurling bass scale, the song blooms into waves of shoegazing synths and singer Olga Goreas’s distant, spaced-out vocals, a crash of proggy guitars interrupting proceedings half way through before retreating from whence they came. Over the space of six minutes, The Besnard Lakes seem to lay out exactly what we should expect from their latest collection – the same beautiful, Beach Boys-inspired harmonies and spacey wonderment, but this time bathed in synths and sleepy fuzz rather than the rushing guitars that marked its predecessor.

This is not necessarily a bad thing – a track like ‘And Her Eyes Were Painted Gold’ is well suited to the dreamy atmospherics and Flaming Lips-esque guitars that accompany its waltzing shuffle towards a heroic crescendo. ‘The Specter’ could well be the best answer around to the eternal question of what would The Beach Boys sound like if they were to appear today, Jace Lasek’s enigmatic “Can you hear me knocking from the other side of the beach?” floating over the top of a woozy piano loop and some heavily echoed drums before the perfectly-Pet Sounds chorus of "Close your eyes” is harmonized into oblivion.

However, Until In Excess, Imperceptible UFO does start to suffer when the shoegaze overtakes the songwriting. There’s only eight tracks on the album, none of which is in a rush to get anywhere, and the final three simply don’t have the impact or the impetus of the proceeding songs, meaning that as a whole the record builds up a lot of anticipation without the expected release. The closing ‘Alamogordo’ is nice enough, but simply doesn’t do enough in the space of seven minutes to really grab your attention, a couple of heavy moments giving way to a damp fizzle instead of the fireworks we’re waiting for.

It’s a shame, because there are some great moments on this record, but by the end they’re lost under swathes of synths and looking for a sense of purpose. If that’s what these Canadians were trying to tell us with that album title, well once again they seem to have hit the nail on the head.