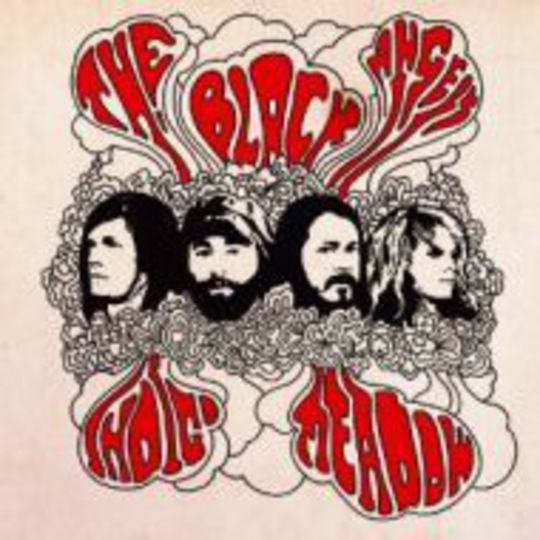 Austin four-piece The Black Angels have been at the forefront of the neo-psychedelia movement for the best part of a decade. Having initially gained widespread attention courtesy of debut release 'Black Grease' being included on Northern Star Records' initial Psychedelica compilation in 2006, they've steadily built a reputation as leaders of a scene many argue wouldn't exist were it not for The Black Angels' dedication to its cause. Co-founders of Austin Psych Fest, an event which has grown into the psychedelic movement's largest worldwide event in the six years since its conception, The Black Angels' universal acclaim having spread across the Atlantic with numerous events of a similar nature taking place annually in East London and Liverpool.

Of course, none of this would matter one iota if The Black Angels weren't responsible for creating some of the most incendiary, reverb-laden and drone-orientated rock and roll in recent years. Second long player Directions To See A Ghost, released almost five years ago to the day, remains their opus grande, drawing comparisons with the likes of Spacemen 3 and Loop along with a glowing endorsement from Thirteenth Floor Elevators legendary frontman Roky Erickson in asking the band to back him on tour shortly after.

While 2010's Phosphene Dream didn't quite hit the heights of its predecessor, their live shows proved no less incendiary. Since then however, the band - Christian Bland, Kyle Hunt, Stephanie Bailey and Alex Maas - have been busily contributing to other projects, both musical and otherwise. Their status firmly assured in psychedelia and shoegaze circles, the impending arrival of a new Black Angels record represents something of a mouth-watering prospect.

However, after the first few listens to Indigo Meadow, there's a nagging suspicion The Black Angels may have developed a case of writer's block. Although not entirely formulaic, the album follows a similar pattern from start to finish, the majority of Indigo Meadow's 13 songs following one of two patterns: the mid-paced, percussion heavy rocker or the 12-string led Sixties-inspired blues number. Not that we're suggesting The Black Angels should be reinventing the wheel every time they enter a studio. On the contrary, after all they've developed a signature sound that's proved to be so successful. Nevertheless, the likes of 'War On Holiday' and recent single 'Don't Play With Guns' feel tired and languid rather than pulsating or exciting.

At times Indigo Meadow veers towards past glories. For instance, the elegiac crescendo of the title track and purposeful death march that makes 'The Day' stand out like a sore thumb from the rest of the album's first side. Later on the reflective blues of 'Maybe Always' and glam rock stomp 'Broken Soldier', the dynamic energy of Directions... is restored, albeit briefly as the former insists "I couldn't do anything for your mind."

Better still is 'I Hear Colors (Chromaesthesia)', arguably the standout moment here that justifies its creators' reputation as modern day psychedelic behemoths. Fusing swirling keys with a melody not too dissimilar to The Small Faces 'Song Of A Baker', it's a fascinating excursion away from the norm, and one which maybe The Black Angels ought to pursue in the future.

While penultimate rocker 'You're Mine' and stripped back finale of 'Black Isn't Black' make us yearn for The Kingsmen and The Cramps respectively, Indigo Meadow suffers as a whole from both a lack of cohesion and ultimately, quality. That's not to say The Black Angels don't have it in them to conjure up another great record; the law of averages combined with the consistency shown by the earlier releases suggests they have. Unfortunately, Indigo Meadow is a so-so affair that never quite fulfills expectations.