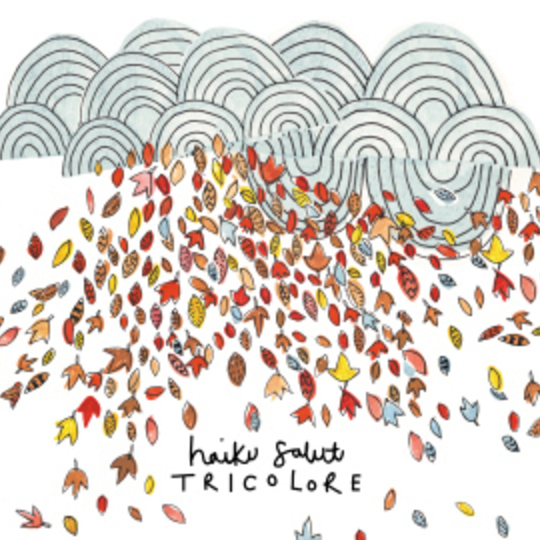 Haiku Salut aren't your stereotypical band. Although I'm sure if they were their wares wouldn't be any less fascinating. Born out of the East Midlands DIY/lo-fi scene, members could be found playing in shambolic indie outfit The Deidres not so long ago. However, Haiku Salut are more likely to be found listening to obscure electronica or browsing novels on Japanese postmodernism than discussing the merits of Sarah Records or which is their favourite era of Primal Scream. Unconventional in so many ways, and yet utterly alluring too.

Someone once described them as 'classical music for the unclassically trained of hearing', and while that might not sound as complimentary as it should, it's an apt place to start. In the case of the three women that make up Haiku Salut - multi-instrumentalists Gemma Barkerwood, Sophie Barkerwood and Louise Croft - there's a diverse spectrum of influences that includes traditional folk, French film soundtracks and Eighties computer game soundtracks.

What's more, there isn't a single vocal element to be found on Tricolore. Although despite the band's protestations that the reason for this was they never had anything of interest to say, there's so much going on within Tricolore's imaginative 12 pieces as to suggest invention and originality are two traits definitely at the forefront of Haiku Salut's make-up. Combining various forms of instrumentation including acoustic guitars, old fashioned keyboards, horns and virtually the entire percussion family (not to mention several childrens toys too), Tricolore is a smorgasbord of aural delights befitting of its colourful nature and occasional Parisienne referencing.

Opener 'Say It', a xylophone led introductory piece that could easily double up as incidental music for a 'Mothercare' commercial, gives way to the acoustically driven 'Sounds Like There's A Pacman Crunching Away At Your Heart'. However, 90 seconds in, via a fanfare of horns and obtuse beats, it takes on a quasi-symphonic life all of its own. Comparisons with the likes of Actress or Beirut not being entirely wide of the mark, 'Leaf Stricken' highlights a two-stepped, dare we say it, dancier element than previously associated with Haiku Salut. Similarly on the excellently titled 'Glockelbar', dioramic beats vying for attention with all sorts of piano-laden eccentricities taking place in the foreground.

The somber likes of 'Los Elefantes' finds Haiku Salut a more inhibited approach. Structured around a simple piano melody, there's elements of John Barry and Ennio Morricone in its lavishly crafted melancholy. Indeed there are times when Haiku Salut's take on maudlin sounds like the most joyous celebration on Earth. While it would be unfair to select one standout moment from an album bristling with excellence, penultimate number 'Train Tracks For Wheezy' epitomises everything that makes Tricolore and its creators such exciting propositions. Building from its humble acoustic guitar and piano introduction into a tumultuous finale of trumpets and strings courtesy of one-time Pipette Monster Bobby's A Little Orchestra. Grandiose without resorting to superfluous pomposity, it illustrates the playful nature of a band still unbelievably coming to terms with the fact their music has attracted a captive audience.

And if Tricolore is anything to go by, those numbers look set to increase in droves. A refreshing debut. Further proof that the UK independent music scene is thriving.