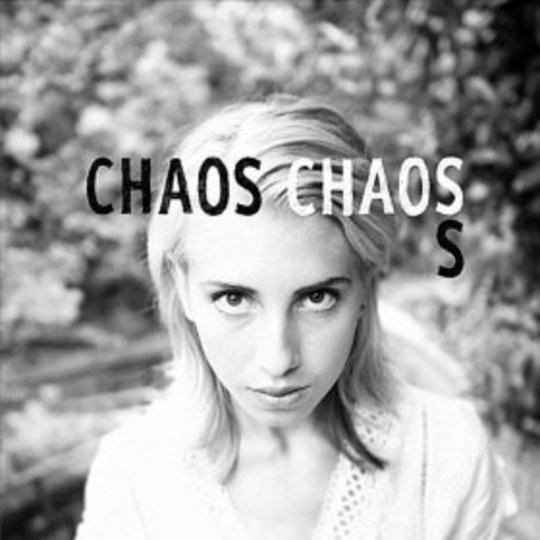 It’s an unusual context for a set of sisters to have released three albums and completely reinvented their band by the ages of 21 and 19 respectively. But that’s exactly what Asy and Chloe Saavedra, formerly known as Smoosh, now Chaos Chaos, have done.

Smoosh made their third and final album and released it independently in 2010. Originally called The World’s Not Bad it was renamed Withershins and released as a free download. Moving on from the twee pop heritage that saw them grace the cover of Plan B in 2005, Withershins was a far darker, richer and less thrashed out affair. Calculated and contemplative, it reflected the mindset of young adults, not children.

So now the EP S and a name change that reflect where the Saavedra sisters are right now: aspirational, talented musicians and songwriters. Across five tracks S has everything you’d hope for from a reinvention.

No longer Seattle residents but Brooklyn-ites, the EP was produced by Nathan Rosenburg (except opening track ‘Winner’ produced by Bloc Party drummer and long time friend Matt Tong) and strips out every embellishment that Withershins reveled in. Consequently Chloe’s drumming and Asy’s keyboards seriously groove. ‘Winner’ is pounded and thumped out like a furious tap recital, bottles become drums, crashing sounds are snare hits and harmonies envelop throughout. The sisters’ vocal blend is naturally their most complete yet.

The fun of Smoosh is still here, just balanced with the experience gained from having your teen years all but behind you. Lead track ‘My Hands’ is the Chaos Chaos mission statement. It begins with a slightly tongue in cheek reference to the current Euro dance craze but toned down to a subtle, genuinely euphoric series of sweeping keyboard riffs that ascend. Asy laments softly before her vocals stretch elastically over segmented sounds into a chorus that combines everything into a rush of tenderness. It genuinely yearns and feels vulnerable. The video for this track similarly shows the girls wandering, running, stomping through dwarfing green land, an expose to the core of the band and a necessary re-centering from which to move forward.

What’s particularly noticeable about this release and ‘My Hands’ especially is that everything is perfectly placed, sonically, creating secondary gestural discussions within the music that emphasize the emotional swell of the lyrics. When Chloe sings “I know I mess it up though I still dance with you/Kind of regretful, never change what I do” the percussion constantly builds and swings from left to right with each line so as Asy releases the chorus “You think you own everybody/I’m on my own at the party” the track has established dance music momentum, but sparsely. Each keyboard note is a haunting meditation. It is simultaneously head music and dance fodder. Pop music.

The EP’s most intriguing track is the third, ‘Antibiotics’. It’s hushed. Chloe predominantly leads in the vocals establishing her voice as the softer, more reserved voice, Asy providing unabashed emotion in the chorus of “Oh, to never dream and never and see it.” Once more the groove is paramount and its opening two seconds could be MBV’s ‘Soon’ but instead of a cacophony you get street tough whispering. It’s part Luscious Jackson’s ‘Lady Fingers’, and that ability to sweep from rough to radio fodder, part Grandmaster Flash bass jam and the chorus once more opens up and is realised faultlessly.

S will cement what many had hoped Chaos Chaos (or Smoosh) would become. They’ve mastered the ability to write pop choruses, the energy is still abundant and matched with an inquisitive, exciting approach to sound and arrangement. With their debut full-length due out later in the year S, is a more than ample as a stop gap, ultimately serving its purpose in making you want more.